Draymond Green Doesn’t Hold Back, Says He Wants to ‘Destroy’ and ‘Annihilate’ Cavs 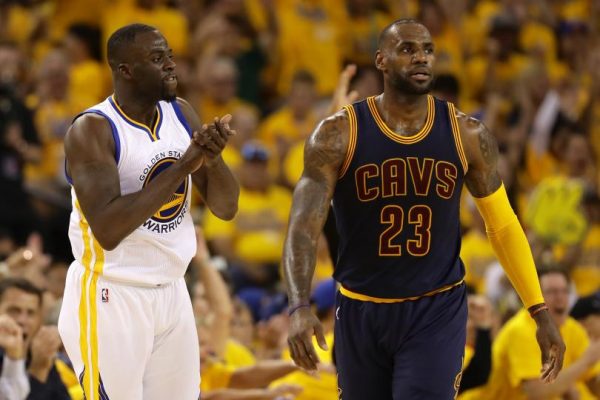 After the Golden State Warriors’ monumental collapse in last year’s NBA Finals, it doesn’t come as a surprise that the team’s most vocal leader has already come out firing so early into the NBA season.

Warriors forward Draymond Green recently sat down with TNT analyst David Aldridge and answered some questions about his new teammates, losing in the NBA Finals, and of course, the Cleveland Cavaliers.

When Aldridge asked if the Cavs were the only team that Green wanted to face in the finals, Green responded with this:

Aldridge then followed up his question by asking how Green would feel if both the Cavs and the Warriors did end up reaching the NBA Finals again.

It’s no secret that the Warriors are out for blood this season, as they have a completely revamped roster with the new addition of superstar Kevin Durant. The Cavs and specifically LeBron James have been through some tall tasks before, but beating the new-look Warriors again for back-to-back championships, will be the ultimate conquest.