Tyronn Lue Reveals Who He Wants to Face in NBA Finals 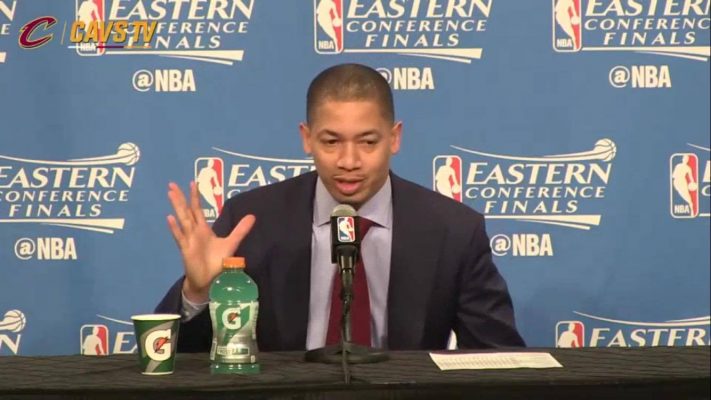 Though the Cleveland Cavaliers are still waiting to find out who its opponent in the NBA Finals will be, head coach Tyronn Lue decided to be cagey with media when asked on Monday who he wanted his team to face.

ESPN’s Brian Windhorst tweeted out Lue’s succinct response about whether he’d prefer to face the Golden State Warriors or the Oklahoma City Thunder:

Cavs' coach Ty Lue on whether he wants to face the Warriors or Thunder in the Finals:

"We want to face the winner."

Golden State and Oklahoma City will play the deciding Game 7 of the Western Conference finals on Monday night. While neither Lue, members of his coaching staff or any of the Cavalier players will say it, the road to a championship may be easier if the Thunder is the opponent. The reason is a simple one: the Cavs will have home-court advantage for that potential best-of-7 series.

Regardless of who Cleveland plays, they’ll have three more days of rest than their opponent when the series gets underway on Thursday night.