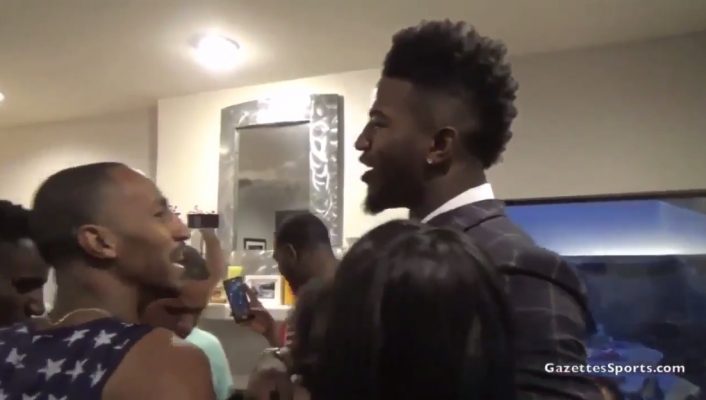 The Golden State Warriors entered the 2017 NBA Draft on Thursday night much like the Cleveland Cavaliers, without a pick. But as the second round got underway, the defending NBA champions decided to buy into the draft, sending $3.5 million in a cash transaction to the Chicago Bulls for the No. 38 pick in order to pick up University of Oregon power forward Jordan Bell.

In a video captured shortly after the pick was announced, Bell showed that he has already bought into the rivalry by cursing out LeBron James for all at his draft party to hear.

Watch the video below:

"They traded their pick to the GSW–"
"–OHHHH" *dude immediately makes it rain ???*

While it seems to be all in good fun, Bell may want to wait until he gets some actual NBA playing time before coming for The King.