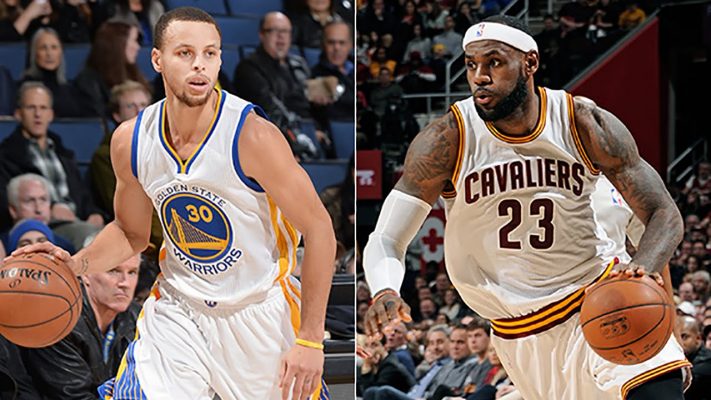 Stephen Curry may be the talk of the NBA these days, but LeBron James’ following remains strong after 13 years in the league.

According to sales on the NBA’s official online site, the Cleveland Cavaliers star ranked third in jersey sales for the 2015-16 regular season. Curry ranked No. 1 in sales, while the Los Angeles Lakers’ Kobe Bryant placed No. 2 in his final season.

Prior to last year’s playoffs, the 31-year-old James had been the NBA’s leading jersey seller for the last six consecutive periods. Curry first passed James on the list during the playoffs last season.

As is always the case with sports merchandise sales, the top spots usually go to the players and teams that have won the most recent championship. In this case, both Curry and the Warriors ranked No. 1 in their respective categories.

If Cleveland is able to win its first championship as a franchise, you can expect James to reclaim his throne as the NBA’s top jersey-selling player.

cleveland cavaliersfeaturedkyrie irvinglebron jamesnews ticker
← Previous Story LeBron James Reveals When He Would Like to Retire from NBA
Next Story → Video: Stephen Curry Fires Back at LeBron James’ MVP Comments