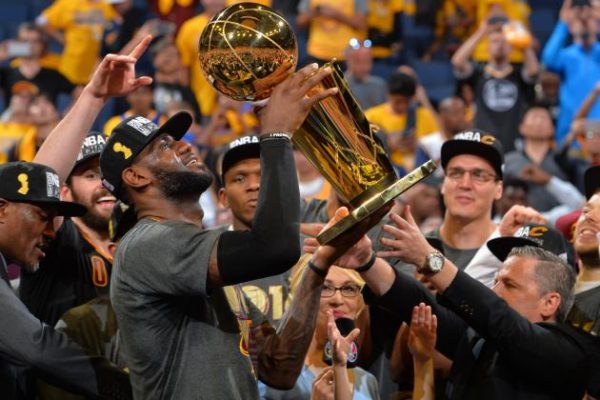 Adding yet another award to his massive array of accolades during a stellar career, the Cleveland Cavaliers’ LeBron James was once again named Sports Illustrated’s Sportsperson of the Year.

The editors of Sports Illustrated made the announcement on Wednesday, by stating:

“He, of course, was not the only athlete to help end a famous title drought. He wasn’t even the only athlete to be part of a comeback from a 3-1 deficit to end a famous title drought. He is, however, the only athlete who did those things to gain more than a ring. In putting the Cavaliers on his back in the NBA Finals he also fulfilled a promise to his home city and to an entire region. He was following through on that heartfelt, but risky, vow he made three summers ago when he returned home after four successful years in Miami.”

The selection marks the second time in his career that James has won the award, having first captured it while playing for the Miami Heat in 2012. He joins golfer Tiger Woods as the only two-time recipients of the award that was first given in 1954.

James not only helped lead the Cavaliers to their first-ever title last June, but was named NBA Finals Most Valuable Player for the third time in his career. Those two reasons helped bolster the case for the magazine’s selection. He was also cited for his increasing willingness to speak out on controversial social issues.

The Cavs’ championship fulfilled a pledge that James had made during a Sports Illustrated essay that had announced his return to the team in July 2014 after four years as a member of the Heat.

The magazine will celebrate James’ selection in a cover story that looks at how the championship and his role in it has helped inject new life into the city of Cleveland and the surrounding area. James is the first Cleveland athlete ever to win the prestigious award.