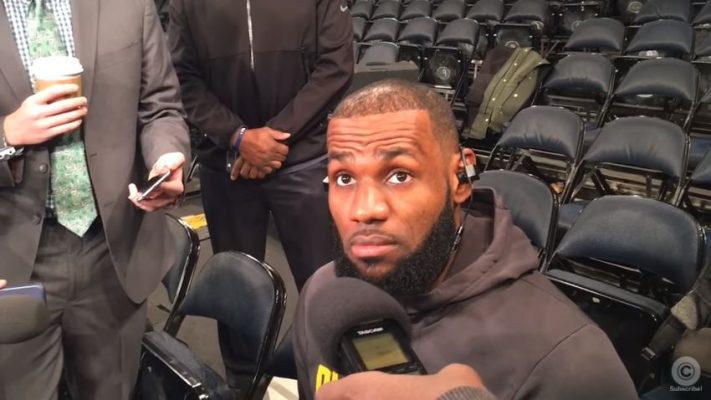 The feud between Cleveland Cavaliers forward LeBron James and former New York Knicks team president Phil Jackson is once again taking center stage as the Cavaliers get ready to face the Knicks at Madison Square Garden on Monday night. The basis for the brief renewal of hostilities were James’ remarks about Dallas Mavericks guard Dennis Smith Jr. following the Cavaliers-Mavericks game on Saturday night, when James indicated that the Knicks should have drafted the rookie during the 2017 NBA Draft.

“Oh yeah, it was definitely a shot at him, that’s for sure,” James said when asked if the remarks were directed at Jackson.

Later in his brief discussion with the media, James clarified that he had no problem with the Knicks organization, but again made clear his disdain for Jackson.

“I’m not a Phil Jackson fan, you guys know that,” James said. “That’s the past, he’s not even here anymore.”

Last year, Jackson outraged James and others by referring to the superstar’s friends as his “posse,” a controversial term with racial implications attached. After last season ended, Jackson announced his resignation.

After their game with the Knicks, the Cavaliers will close out their four-game road trip with a game at Charlotte on Wednesday night.