Don't Miss
Home / Media / Kevin Love: Tyronn Lue Told Me I’m a Bad M*therf*cker, and to Play Like It

Kevin Love: Tyronn Lue Told Me I’m a Bad M*therf*cker, and to Play Like It 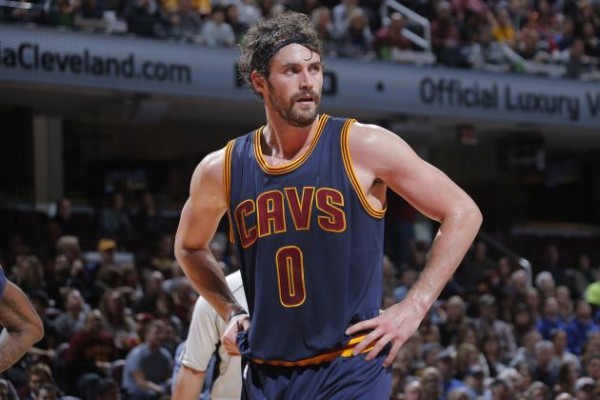 The recent offensive surge by Cleveland Cavaliers forward Kevin Love can be directly attributed to a discussion he had with the team’s head coach, Tyronn Lue, following the team’s embarrassing loss on March 24 to the Brooklyn Nets. The contest coincided with a stretch where Love had barely distinguished himself in any capacity.

Lue noted in that conversation that the Cavaliers had signed Love to a max deal because of his potential contributions and indicated that Love should be shooting more. In addition, using more force in the paint and exploiting any potential mismatch were others areas he needed to address, closing with a succinct, but blunt directive:

One specific area where Love has seen solid improvement since that talk has been in his long-range shot. In the nine games that’s he played, he’s connected on 46.2 percent of his three-pointers. That’s allowed him to average 18.9 points per game and offer up 13.4 shot attempts per game. Prior to this, Love’s averages were 34 percent from beyond the three-point line, 15.7 points per game and 12.5 shots in each contest.

“My teammates have been doing a good job of finding me. Whether it’s been on the outside and me shooting my shots there or being aggressive trying to get to the free-throw line,” Love continued. “More than anything, the last two to three weeks just picking my spots and then trying to continue that throughout the rest of the game.”

LeBron James knows that a more aggressive Love not only helps the Cavs’ chances to win the NBA title, but can also take off some of the massive burden that he had to take on last postseason.

“He’s a big part of our offense and our package, period. He’s been able to knock down some open shots in the first quarter, some open threes, some open looks and we’ve done a great job of finding him.” James said. “He’s knocked them down and he’s been aggressive as well in the post. That definitely works for our team.”

Love is aware of the need to alleviate some of James’ burden in the playoffs:

“We hope that he doesn’t have to log as much minutes because that would prove really good for us to advance into further rounds,” Love said. “For us, we definitely still want him to be what he’s capable of and that’s playing in a whole different stratosphere like he did in the playoffs last year. We think if we’re healthy we can help complement that.”

Love’s motivation already figured to be high, given the abrupt end to his postseason that took place last year. Not only did it short circuit his first-ever playoff appearance, but he was left to agonize over what he might have been able to contribute to a Cavaliers team that ended its year just two games away from winning the NBA title.

If Love is able to continue his recent uptick in production, the Cavaliers’ options will continue to open up, which is a strong sign that they may be a dangerous proposition in the postseason.