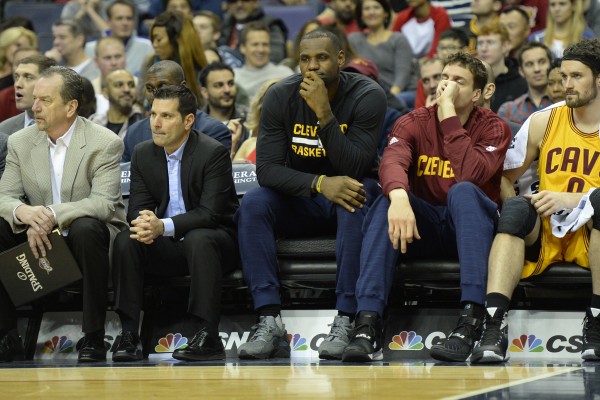 While the Cleveland Cavaliers’ goal in the remaining weeks of the regular season is to capture the top seed in the Eastern Conference, head coach Tyronn Lue is planning on making rest for his players a bigger priority.

According to Dave McMenamin of ESPN, Lue made the comments after the team’s Monday morning shootaround for their game on Monday night against the Denver Nuggets:

“We definitely want the No. 1 seed if we can get it, but I think we have to rest our guys also,” Lue said. “I think health going into the playoffs is more important than the seeding. If we’re fortunate enough to get the No. 1 seed, it will be great for us. But if not, then we just got to play through it.”

That philosophy has evolved from Lue’s stance as the second half of the season was set to begin last month, when he indicated that emerging with the top conference record was the most important goal for the team.

Lue also cited the fact that the team’s health has more value than where any game is being played:

“I think all championship teams have to win on the road anyway. So, (the top seed) is important to us, but also being healthy going into the playoffs is more important.”

Entering the game against the Nuggets, the Cavaliers are clinging to a slim one-game lead over the Toronto Raptors. Should the two teams finish with the same record, the Raptors will win the tiebreaker based on beating the Cavs in two of three games this season.

Last season, under former head coach David Blatt, Cleveland finished with the second seed, seven games behind the Atlanta Hawks. They went on to sweep the Hawks in the Eastern Conference Finals.

At the time, LeBron James was unconcerned about the seeding:

“I never play for seeding. I just play … Just get me in the playoffs.”

The Cavaliers have 13 games remaining, seven of them at home, while Toronto’s 13 games have five games at home and eight away from the Air Canada Centre.