LeBron James: ‘I Feel 10 Times Better Than I Did Last Year’ 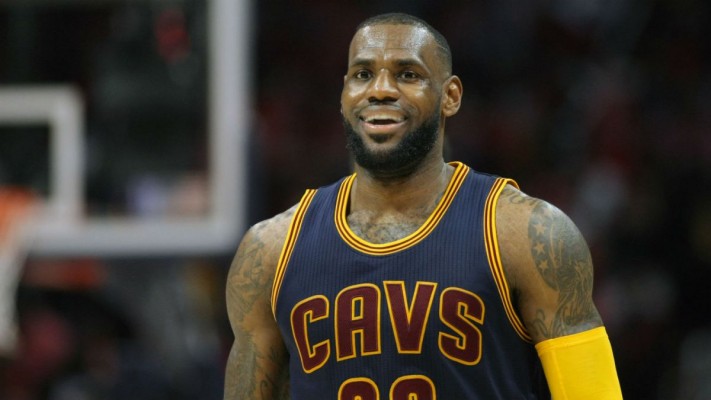 The physical demands of the NBA season may have briefly caught up to LeBron James during his uncharacteristic mediocre performance during the Cleveland Cavaliers’ loss on Monday night, but James says he feels much better than he did last season.

In the team’s 96-88 home loss on Monday night to the Detroit Pistons, James scored just 12 points and made only 5-of-18 shot attempts while also committing six turnovers.

Despite that effort, James’ comments in an ESPN article by Dave McMenamin measured his current health against last season, when he missed two weeks of action due to knee problems:

“Last year I was banged up. It’s not a mindset, it’s just reality,” James said. “This year I feel 10 times better than I did last year. So that’s the mindset.”

James, who turned 31 this past December, spoke about how the rigors of playing in five straight NBA Finals have resulted in the need to deal with more aches and pains during the season:

“I guess I’ve played so much basketball, man, feeling great, those days are pretty much over,” James said. “I don’t know anybody that’s played 13 years that you can say, ‘Oh, I woke up and I feel great.'”

Cavaliers head coach Tyronn Lue had mentioned in postgame comments on Monday that he had thought of holding James out of the lineup to give him a break. However, that’s not something James is seeking:

“I feel great as far as life and getting an opportunity to wake up, but as far as me feeling like a 23-year old, those days are past,” James said.

James also spoke of the prospect of the Golden State Warriors standing in the Cavs’ way of winning an NBA title:

“They’re the defending champions, and they’ve continued to get better as they were from last year,” James said. “But they’re not going to be the only team that enters the playoff pool. You can be 82-0, man, but once the playoffs start, everyone’s 0-0.”

The Warriors signed former Cavalier Anderson Varejao on Sunday, with Varejao commenting about the closeness of that team. James didn’t take that as a slap against the Cavs:

“I would hope if you’re 50-5 that everyone loves each other,” James said. “I mean, what else do you want at that point? Anybody could say that. Stevie Wonder could say that.”

The Cavaliers are back in action on Wednesday night at home against the Charlotte Hornets.