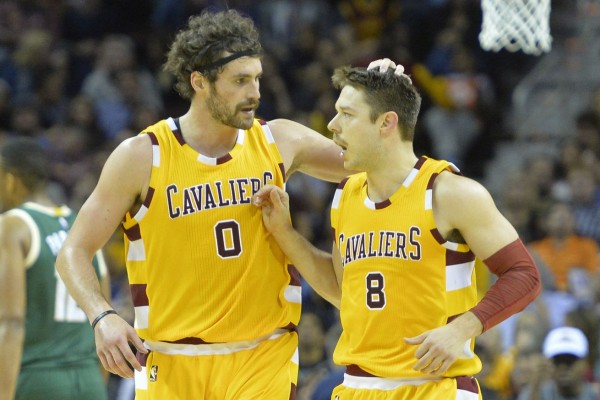 The Cleveland Cavaliers seemed to have dodged a bullet with another shoulder injury scare to starting power forward Kevin Love.

Love apparently suffered what he called a “stinger” before the All-Star break but now has been upgraded to probable for Thursday night’s matchup against the Chicago Bulls.

In addition, reserve point guard Matthew Dellavedova’s status for Thursday’s game has also been upgraded to probable, as Dellavedova had missed Cleveland’s final five games before the break.