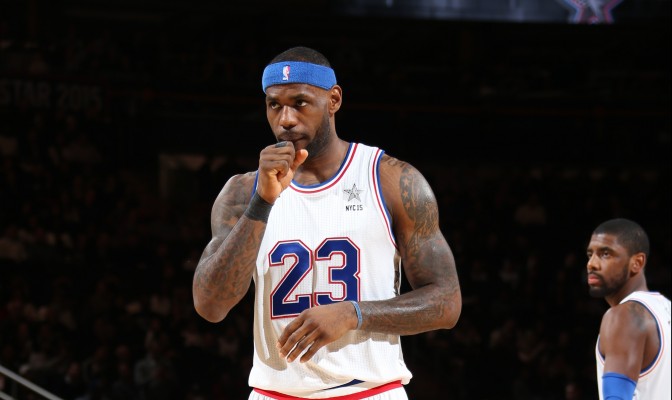 LeBron James will be making his 12th appearance at the annual All-Star Game this year.

The Cleveland Cavaliers small forward was announced as an Eastern Conference All-Star right before tipoff of the Los Angeles Clippers-Cavaliers game on TNT. It will be James’ 12th consecutive appearance at the annual game.

The other Eastern Conference All-Star starters are Dwyane Wade, Kyle Lowry, Paul George and Carmelo Anthony. While the selections of Wade, George and Anthony don’t come as much of a surprise, Lowry’s selection does.

For all three early returns of the All-Star voting over the past month, Kyrie Irving ranked No. 2 among all East guards. Lowry narrowly leaped over Irving in fan voting as voting came to a close.

Irving can still be selected to the All-Star Game as a reserve by NBA coaches.

The All-Star Game will take place at Air Canada Centre on February 14th and will be broadcast nationally on TNT.