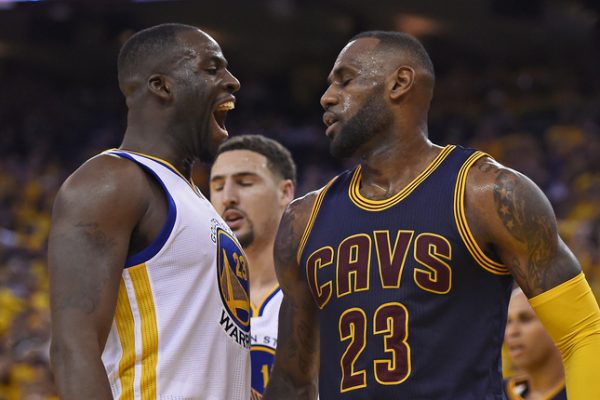 In a lengthy interview with GQ Magazine that was published on Thursday, Golden State Warriors All-Star forward Draymond Green went off on the Cleveland Cavaliers and the rest of the NBA.

Green, who was extremely confident before the 2016-17 regular season in his plans for revenge after the Warriors blew a 3-1 lead in the 2016 NBA Finals to the Cavs, had some harsh words for superstar forward LeBron James‘ Cleveland squad.

“They didn’t stand a f—— chance,” he said of the Cavs, who lost the 2017 NBA Finals to the Warriors in five games. “It pissed me off we didn’t sweep them, though.”

The Warriors forward also found it highly amusing how the other teams in the NBA are attempting to stop his juggernaut Golden State team.

“They are really trying to rethink their whole strategy,” Green said. “Because teams know they don’t have a f—— clue.”

Green said he feels as if the rest of the NBA is in a state of panic in response to him, Stephen Curry, Kevin Durant and Klay Thompson being on the same team.

“It’s pretty f—— sick to see how everybody is just in a f—— panic about what to do,” Green said. “You sit back and think, like, these motherf—–s, they know. That’s the fun part about it: They know they don’t stand a chance.”

However, Green added that just because a team adds a cluster of superstar players together doesn’t mean it will be successful by any means.

“Just because you compile a team of superstars don’t mean it’s going to work, because it’s a lot of ego,” Green said. “And we just happen to have a perfect group to where it works. You can’t be that good without ego. But it’s not an ego in the sense of: I need this shot, I need that shot. Ego in the sense of: We’re f—— good. Damn right we are.”

James and the rest of the Cavs will get their first crack at the Warriors this season when they visit Oracle Arena on Christmas Day, followed by a star-studded contest at Quicken Loans Arena on Jan. 15.