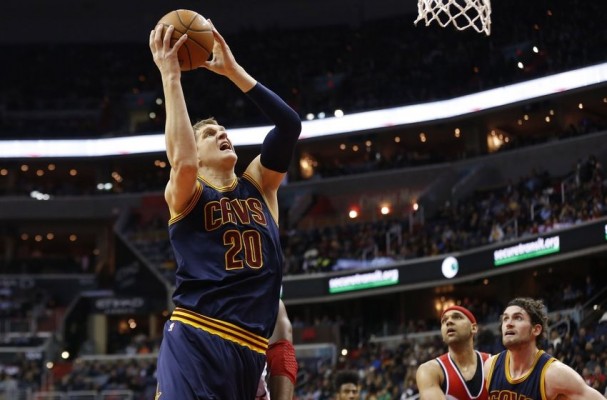 The trade deadline is a little over a month away and Timofey Mozgov may be on the move.

According to Marc J. Spears of Yahoo! Sports, several teams have inquired about his availability via trade. However, the Cleveland Cavaliers have expressed no interest in moving the Russian center.

Despite starting at center for the Cavaliers in the 2015 NBA Finals and at the beginning of this season, Mozgov has now become a bench player over the past couple of weeks. Head coach David Blatt replaced Mozgov with Tristan Thompson in the starting lineup on December 28th. Mozgov’s minutes have steadily declined ever since, as he’s averaged just 4.3 points and 3.3 rebounds in 11.3 minutes per game in the month of January.

It’s worth noting that the 29-year-old will be an unrestricted free agent this summer and will likely garner strong interest and a lucrative long-term deal as the salary cap increases. The Cavs’ plan was to re-sign him, but a return for Mozgov may be less attractive now that he’s coming off of the bench. However, Cleveland does own his Bird rights and he is eligible for a five-year extension with the franchise.

If the 7-foot-1 center were to re-sign with the team on a $10 million annual deal, it would cost the Cavaliers over $26 million in salary and luxury tax.

While Cleveland is telling teams that they’re not interested in trading Mozgov right now, a lot can change between now and the trade deadline on February 18th.