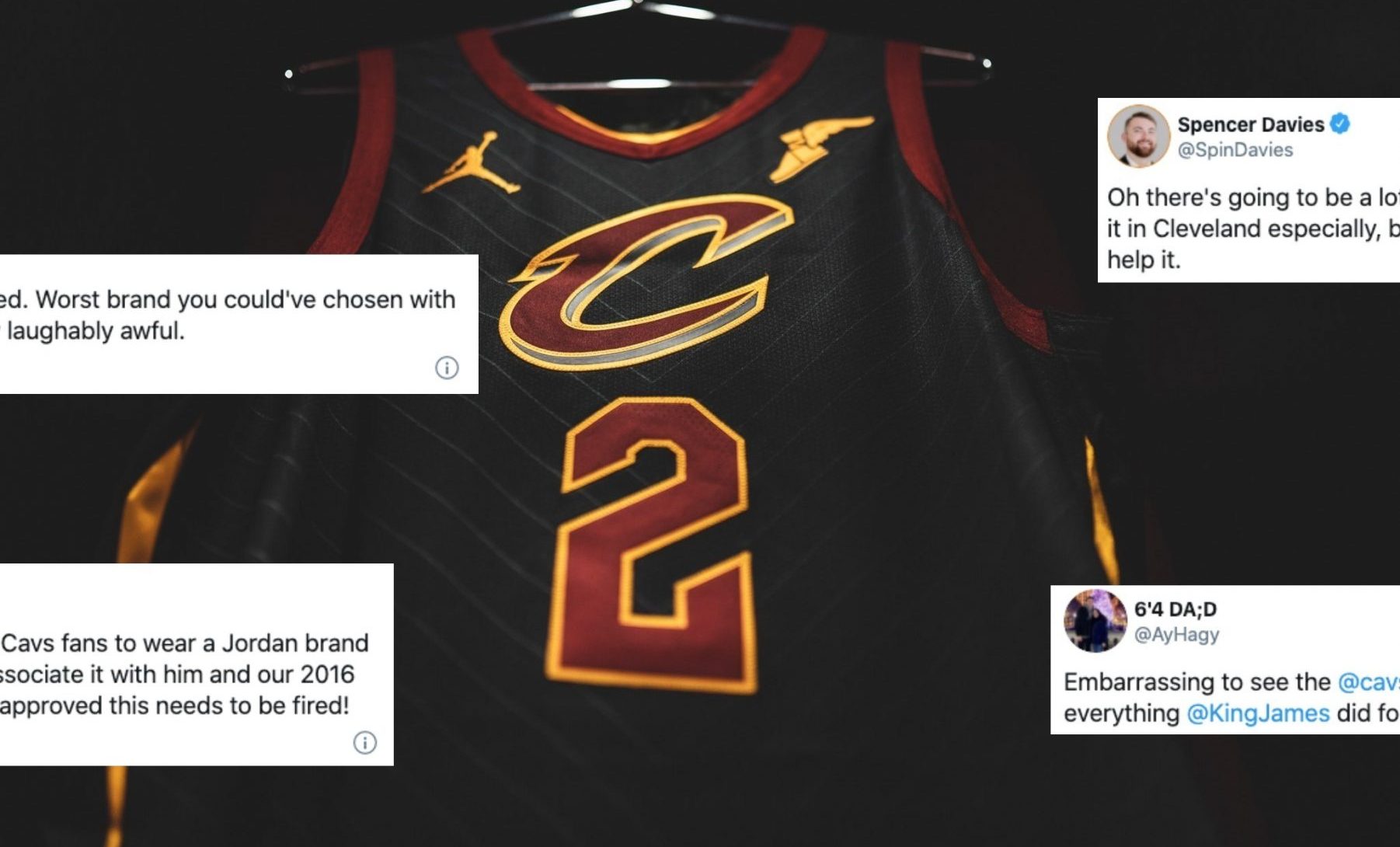 The Cleveland Cavaliers are courting controversy by tweaking their iconic black Statement Edition uniforms to pay tribute to one of the franchise’s most bitter foes, Michael Jordan.

Our black Statement Edition jersey, color and style will forever be associated with the 2016 NBA Championship, now stitched with MJ’s spirit of drive, determination and success. pic.twitter.com/H8lXejhB5B

Oh there's going to be a lot of people that aren't happy about it in Cleveland especially, but it's an NBA thing — they can't help it. https://t.co/GN6eTGdLvX

Fans were quick to express their anger about the announcement via social media.

Embarrassing to see the @cavs call Jordan the GOAT after everything @KingJames did for the city. https://t.co/0mg84apJpD

totally tone deaf, get Jordan off the Cavs jerseys…can't wait to see how Jazz fans react to this

That’s a slap in the face to Cavs fans to wear a Jordan brand logo on the chest and to associate it with him and our 2016 championship. Whomever approved this needs to be fired!

Imagine #Browns jersey with an image of John Elway on them? Well, that's pretty close to #Cavs with Jordan on theirs.

Jordan was a constant thorn in the side of the Cavaliers during his legendary career. He ended Cavs’ playoff runs multiple times during his time in Chicago.

The most painful of those playoff losses came in May 1989, when Jordan’s game-winning basket became ingrained in Cleveland sports lore as “The Shot.”

While the Statement Edition jerseys were first introduced in 2017, the black jerseys themselves had been worn previously by the Cavs, most notably in the 2016 NBA Finals.

In the final game of that series against Golden State Warriors, a trio of plays became forever embedded in the memories of Cavs fans everywhere.

LeBron James’ jaw-dropping block eventually led to Kyrie Irving’s clutch 3-pointer. Those massive plays were then followed by Kevin Love’s dogged defense to help give the Cavaliers their first title.

After all the initial backlash, it will be interesting to see if the Cavs decide to remove Jordan’s insignia from the organization’s most famous uniform.