Report: Mo Williams Upset About Not Being in Cavaliers’ Regular Rotation 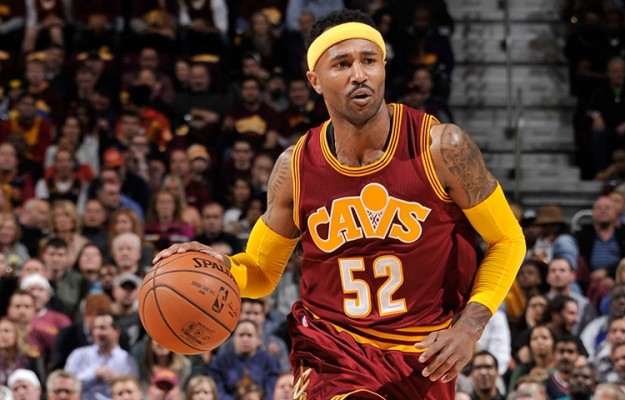 It’s no secret that Mo Williams has seen a decrease in playing time as of late.

Following the returns of Iman Shumpert and Kyrie Irving to the starting lineup, combined with the healthy statuses of J.R. Smith and Matthew Dellavedova, Williams’ value to the rotation has taken a hit over the past month.

Apparently the veteran point guard isn’t too happy about his minutes being reduced. Williams arrived late to Saturday’s game versus the Orlando Magic, just 63 minutes prior to tipoff. He was seen barely engaged in cheering on his teammates when the Cavaliers pulled away to a big lead in the victory.

LeBron James stated that in order for the team to be successful, they need everyone involved:

“We know it starts with us, it finishes with us, but everyone has to be involved.”

Head coach David Blatt echoed a similar sentiment on Saturday before the game:

“Guys got to understand, and I’ve told them this, only so many guys can play. That’s just the reality of the limitations of the game.”

During the month of November, Williams averaged 15.6 points on 53.1 percent shooting in 30.8 minutes per game as a starter. After the returns of Shumpert on December 11th and Irving on December 20th, Williams’ playing time has seen a massive hit.

In the month of December, Williams averaged 6.7 points on 39.7 percent from the field in 17.5 minutes per game. Making matters worse was the fact that Williams was a healthy scratch during Monday night’s victory over the Toronto Raptors.

There is little doubt that the Cavaliers will need Williams down the road, especially in the playoffs. However, Cleveland’s rotation has very little room, if any, for the 33-year-old veteran at the moment.

As hard as it may be to accept for a veteran like Williams, he has to understand that there is a bigger picture in mind.

With Cleveland looking to advance to the NBA Finals in June for a second straight season, there will be plenty of time for Williams to make his way back into the rotation.