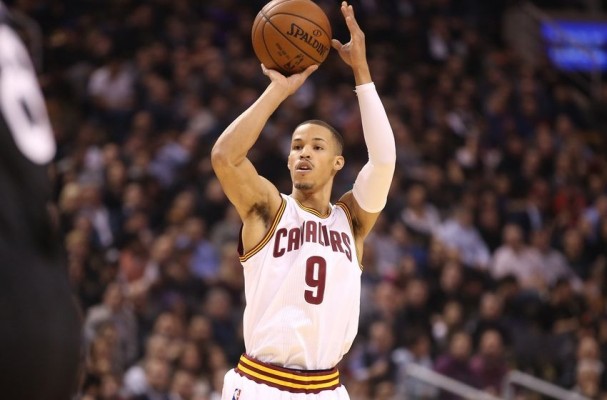 Jared Cunningham has been a key piece for the Cleveland Cavaliers so far this season.

While he was an important cog in the Cavs’ rotation at the beginning of the year, the returns of Kyrie Irving and Iman Shumpert have diminished Cunningham’s value as the season has progressed.

Despite barely making the roster out of training camp as the last man, Cunningham became a vital part of the Cavaliers’ rotation early in the season due to injuries in the backcourt. In 25 appearances this year, the 24-year-old started the first three games of his NBA career. In two of his three starts, the Cavaliers outscored their opponent by 32 points when Cunningham was on the court.

Having said that, Cunningham’s contract does not become guaranteed until January 10th. According to Chris Haynes of Cleveland.com, the Cavaliers have yet to make a decision on whether or not they will keep the young guard for the rest of the season due to luxury tax reasons:

“Due to the astronomical salary cap figure spent on this year’s 15-man roster, if kept, Cunningham’s earning would cost the team in the ballpark of $3.8 million in luxury tax dollars if they keep the roster as is. Owner Dan Gilbert has shown he’s willing to spend what is necessary to keep a championship-caliber team intact and just for team continuity sake, he could write the check.”

With the deadline date looming, Cunningham has kept a positive outlook, although he might not be a member of the roster by next week:

“Whatever happens, happens. I can’t control the decision; I can just control what I do. The things I’ve been doing, I guess have been helping and they’ve taking a liking to it. So when that day comes, it’s just up to the front office and their decision.”

Head coach David Blatt complimented the 6’4″ guard, but didn’t have an answer in regards to his future with the organization:

“I think Jared has done a great job since Day 1. I don’t think anyone has any questions about Jared’s ability to play for us, to help us, to play in this league. There are other issues at hand, contractual issues that are really not so much my decisions to make, but Jared has acquitted himself well here from Day 1.”

Now that the Cavaliers are at full strength, they have a stacked backcourt outside of Cunningham with Irving and Shumpert as the starters and J.R. Smith, Matthew Dellavedova and Mo Williams as the backups.

Although Cunningham has been a bright spot, it would come as no shock if he’s a roster casualty due to the luxury tax by January 10th.