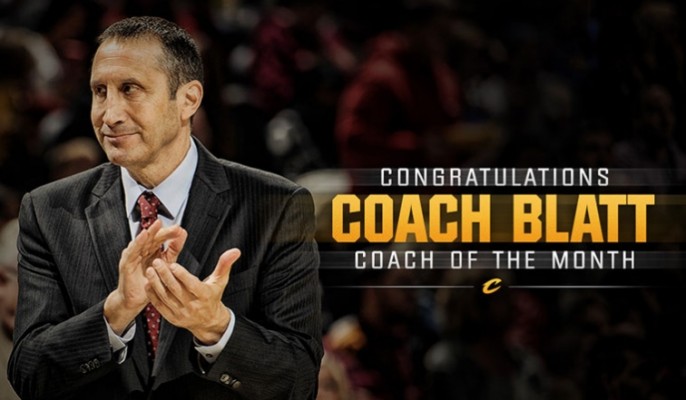 The NBA announced Tuesday that David Blatt was named Eastern Conference Coach of the Month, marking it the second time the head coach of the Cleveland Cavaliers has been honored in such fashion.

Under Blatt, the Cavs have compiled a conference-best 13-4 record in games played through October and November.

After opening the season with a loss at Chicago, the defending conference champions went on an eight-game winning streak.

The Cavs go into Tuesday night’s home game against the Washington Wizards with a 9-0 record at Quicken Loans Arena as they currently rank sixth in the league in both points scored (103.1) and points allowed (96.5) per game.

Blatt received Coach of the Month honors this past March as well.

Luke Walton, the interim coach of the Golden State Warriors while Steve Kerr recovers from back surgery, was given Western Conference honors.