LeBron James Speaks on Father Time: ‘I Noticed My Body Changed at Like 26’ 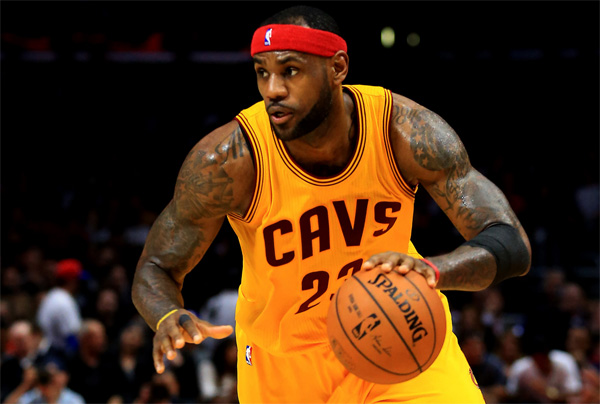 After being forced to receive a second-round of back injections during the preseason, LeBron James has yet to miss a game as the Cleveland Cavaliers have gotten off to an 11-3 start.

Now in his 13th season, James has been diligent in protecting his back, doing pregame workouts on a stability ball, stretching and wearing heat packs while resting on the bench. It’s a far cry from when he sometimes wouldn’t tape his ankles as a rookie, as he told Michael Lee of Yahoo Sports.

“I noticed my body changed at like 26,” said James, adding that he became more serious about a maintenance routine in his third or fourth season. “You try to be proactive throughout the years. When you get to a certain age, you understand what needs to be done to help your body be ready for the season, ready for the game, or whatever the case may be.”

James, who will turn 31 on Dec. 30, has made changes to his diet. That was a move which landed him in hot water last February with McDonald’s, one of his former commercial endorsers, when he made an off-the-cuff comment about the fast-food giant. Now he’s more likely to land in cold water — or, more specifically, a cryotherapy chamber to help his muscles recover so he can continue to play both nights of back-to-backs.

New York Knicks forward Carmelo Anthony, one of James’s best friends in the league, is amused that no one has noticed James’ routine until now.

“Y’all just now catching that,” he said. “He always did that.”

James remains optimistic about the possibility of playing all 82 games, one thing he has been unable to accomplish in his career. He is coming off a 15-point, 13-assist performance Monday night against the Orlando Magic and will be in the starting lineup as usual Wednesday night at Toronto.

“Right now, he wants to play, and we won’t fight that unless it becomes necessary to do that.”

cleveland cavaliersfeaturedlebron jamesnews ticker
← Previous Story An Exclusive Look at LeBron’s $20.1 Million Los Angeles Mansion (Full Gallery Inside)
Next Story → LeBron James Says He Would Like to Win 70 Games in a Season