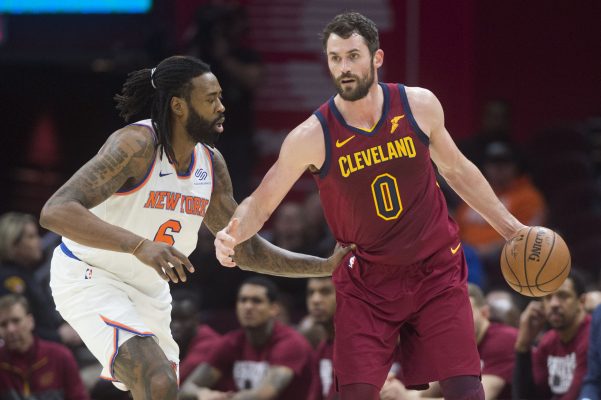 Cleveland Cavaliers power forward Kevin Love has played in two of the team’s last four games after missing the previous 50 contests because of a toe injury that required surgery. With the Cavaliers set to begin playing their final 24 games on Thursday night, Love is not planning on sitting out any more games.

Love spoke following the Cavs’ practice on Wednesday about his status as the team looks ahead to conclude what’s been a miserable season:

“I think you’ll see me more on a steady basis and not miss games after the break, I’m hoping. So just continue to improve the minutes and make sure that I’m feeling good and go from there.”

The injury to Love kept him out of the Cavaliers’ five preseason games. After playing in the team’s first four games, Love ultimately had the surgery performed on his toe on Nov. 2 in New York.

Most of Love’s statistical numbers didn’t appear to show a problem, since he was averaging 19.0 points and 13.5 rebounds per game. However, his shooting percentages overall and beyond the arc were noticeably down from his career numbers. In his two games since returning, he’s scored 18 points and grabbed 10 rebounds despite playing just 22 minutes.

“I think he has done a magnificent job in the way he has conducted himself and he has stayed the course with his rehab through his injury. I know how bad he wants to be out there, but things happen and you have to push through them, which he has done. Now he’s able to play. He’s gradually getting his legs under him and gradually getting to the point where he can play extended minutes. I’m certain that once he is able to get out there and really play extended minutes he’s going to make the most of it.”

Love’s first opportunity to take the court this week will be in the Cavaliers’ home game against the Phoenix Suns on Thursday.