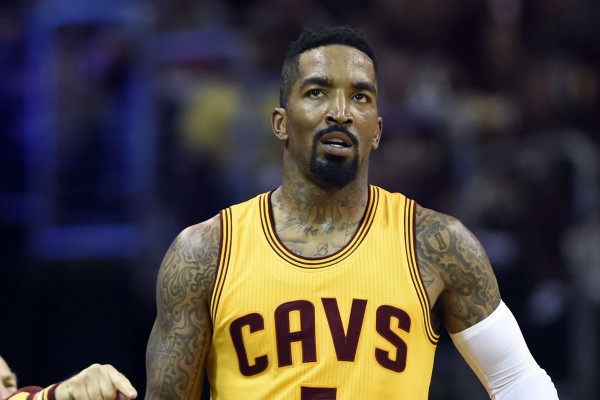 A controversial allegation against Cleveland Cavaliers guard J.R. Smith has been made by a New York teenager who claims that Smith choked him during an early morning scuffle on November 13.

The New York Daily News was reporting on Friday that Smith, who was playing later that night for the Cavaliers against the New York Knicks, was leaving the 1 OAK nightclub at approximately 4 a.m. when the alleged incident took place. Despite the allegation, no arrest has been made.

The 19-year-old high school student from Harlem making the claim, Justin Brown, stated that Smith had ignored a photo request from him and his friends. A cell phone video shows Smith walking away as Brown’s voice is heard:

“That’s why New York kicked you out, yo!”

The teenager then claimed that Smith pushed him up against the outside of a late-night pizza shop before then putting his hands around Brown’s throat.

A police report on the incident was reported to have been lost, which required the filing of another report three days later.

Last season, Smith was asked about the dangers of being a celebrity in nightclubs and other prominent areas:

“For me, I feel like a target every time … I try to handle myself with care when I’m out and about,” Smith reportedly said at the time.

There was no comment from any Cavaliers official as of yet.