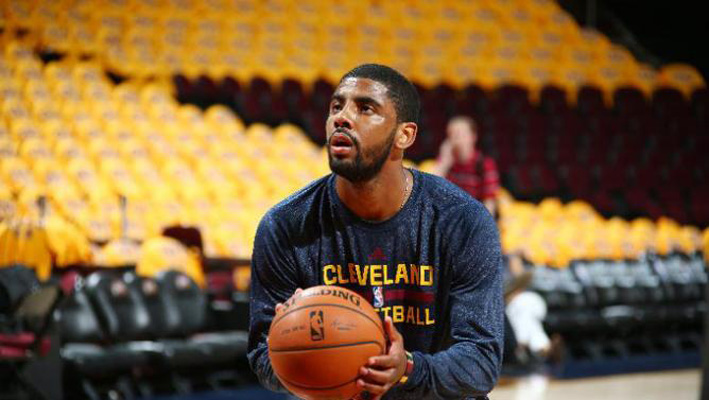 As if getting off to an 8-1 start to their season wasn’t enough cause for optimism, the Cleveland Cavaliers are apparently receiving additional good news on the Kyrie Irving front.

Chris Haynes of Cleveland.com is reporting that the three-time All-Star guard has recently been cleared for intensive weight-bearing activities. While this is a significant hurdle that Irving has overcome in his rehabilitation from a fractured kneecap suffered in Game 1 of the NBA Finals five months ago, this does not mean he can now resume on-court work.

As coach David Blatt stated on Thursday, he still has “a ways to go.” When Irving builds up his legs to the point where they’re equally strong, he’ll then receive the green light to begin practicing with the team.

And once he is permitted to practice, a week of full practice sessions with no setbacks is what the team needs to see before he’s allowed to make his season debut.

Mo Williams has averaged 16.9 points and 5.2 assists a game at point guard in Irving’s absence.

Coming off a 90-84 victory Friday night at New York, the Cavs will look for their ninth win in a row Saturday night in Milwaukee.