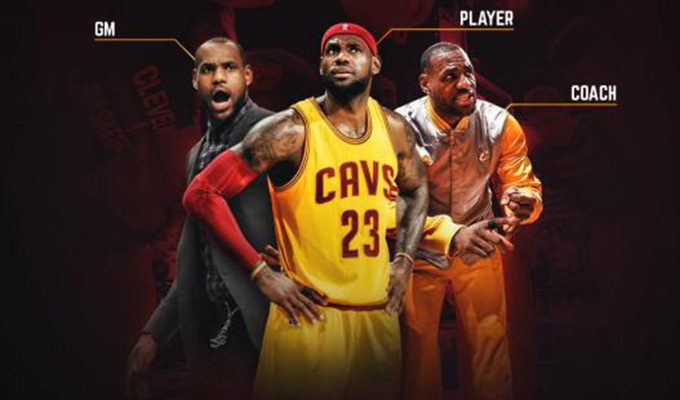 Cleveland Cavaliers general manager David Griffin admits that LeBron James wields the most power of anyone in the organization aside from owner Dan Gilbert.

In an interview with Ric Bucher of Bleacher Report, Griffin acknowledged James’ unprecedented influence but stopped short of depicting him as some sort of hands-on CEO:

“He’s going to have the biggest voice, he’s the most important, accomplished player in the league and he’s an absolute basketball savant,” Griffin said. “He has the most thorough understanding of X’s and O’s on the floor and best mind for the game off the floor of any human being I’ve ever known. Coach, front-office person, anything. It would be crazy for me not to consult with him on what we want to do.”

A recent article in ESPN The Magazine suggested the four-time NBA MVP has a hand in everything since returning to the Cavs from rewriting the playbook to identifying and recruiting talent. Griffin scoffed at that suggestion:

“The idea of him dictating things is not how he is,” he said. “That [ESPN] article puts him in such a terrible light. It is not a factual representation of how he’s carried himself. It’s just not.”

The article stated that Griffin has earned James’ trust by swinging the deals that landed center Timofey Mozgov, Iman Shumpert and J.R. Smith in January and making it clear that the Cavs needed to come to terms with restricted free agent Tristan Thompson before the start of the season. And from Mike Miller and James Jones to Kendrick Perkins and Richard Jefferson, James has given his seal of approval to acquiring players with whom he has a rapport.

Paul Silas, who was the very first coach James had in Cleveland, is convinced James believes his clout will pay off in the end:

“LeBron wants to be the guy that says, ‘I was the one who brought a championship to Cleveland,'” Silas said. “And if they win, he will be. He absolutely runs that team.”