Don't Miss
Home / Media / Iman Shumpert on Recovery From Injury: ‘You Have to Start From Damn Near Square One’

Iman Shumpert on Recovery From Injury: ‘You Have to Start From Damn Near Square One’ 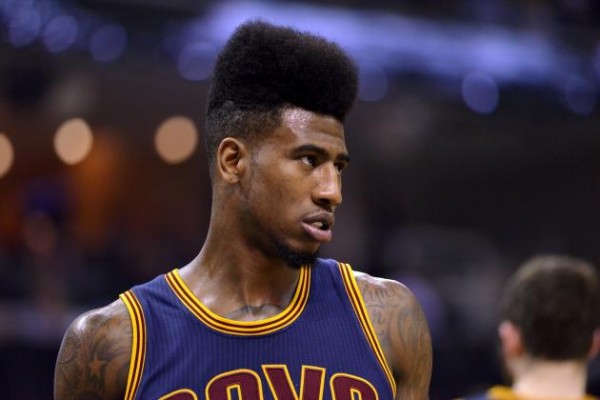 Iman Shumpert was one of the Cleveland Cavaliers‘ key players during their run to the NBA Finals last season.

Not only did he appear in 38 regular season games with the Cavs following a midseason trade, he started in 16 of the team’s 20 postseason games.

Last week, it was announced that the 25-year-old shooting guard would miss at least the next three months due to wrist surgery on his right wrist.

Shumpert appears to be keeping busy in his spare time as a special contributor to Bleacher Report. In an article written by the 6’5″ guard on the site, he goes into detail exactly what led to his injury:

“It was just another day, another pickup game on the Georgia Tech practice court, the same court on which I prepared for my NBA draft workouts. Fast break, right side, I go off one foot and bang the rim. A statement jam! Just like how my father taught me…

“I kept playing with throbbing in the wrist. It’s nothing out of the ordinary to feel pain in the wrist after a power punch. But this was different. When I went to shoot a pull-up jumper a few plays later, my jump shot didn’t even make it to the rim. This was the beginning of a bad gut feeling.”

General manager David Griffin had previously stated that Shumpert injured his wrist during a workout in the week prior.

The injury is a substantial blow to the Cavaliers, as they embark on a season where many have them pegged as the 2015-16 NBA champions. The team is already dealing with star players recovering from injuries such as Kyrie Irving and Kevin Love.

Shumpert later commented on his recovery and loss of muscle mass later on in the column:

“Staring myself down in the bathroom mirror, I’ve already noticed the process of losing the muscle definition I built up working with my trainer, Adam Taylor, in Atlanta to come to Cleveland ready for an 82-game journey. With any surgery, the body’s muscles seem to reset, and you have to start the progress you made in the past couple months over from damn near square one.”

The Cavaliers are hoping the four-year guard is able to return healthy from his latest setback—he was projected to return as the starter at shooting guard entering the 2015-16 season.

cleveland cavaliersfeaturedIman Shumpertkevin lovekyrie irvingnews ticker
← Previous Story Report: Cedi Osman Does Not Plan to Play in NBA Until 2017
Next Story → LeBron James Believes He Won’t Have to Carry the Load for Cleveland