Cleveland Cavaliers Ranked No. 2 in ESPN’s First Power Rankings of the Season 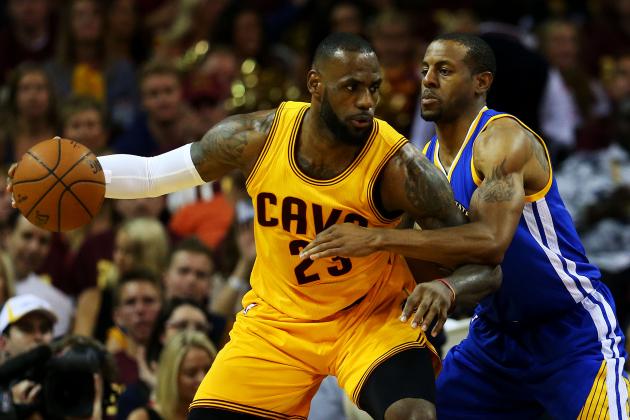 The Cleveland Cavaliers enter the season right where they left off last season.

According to Marc Stein of ESPN, the Cavaliers are the second-best team in the NBA, behind the defending champion Golden State Warriors. Stein states the following in regards to Cleveland’s No. 2 spot in his power rankings:

“The NBA Finals don’t start for another 250 days, but I can’t find a soul who thinks LeBron James and his Cavs won’t be in them. Kyrie Irving, Kevin Love and Anderson Varejao can all take it slow on their respective comeback trails if necessary, because there’s not even a clear-cut No. 2 in the East to give ’em a push.”

In regards to the Warriors’ No. 1 ranking, Stein mentions how Vegas considers the Cavaliers to be the title favorites:

“The Dubs really shouldn’t be insulted by Vegas’ fondness for the Cavs as title favorites, because the advantage tied to playing in the East is that significant. Yet you can also understand why they’re looking for any slight they can find, because going back-to-back is going to be that hard. As good as they are.”

It’s worth noting that the Cavaliers were considered the best team in the Eastern Conference by Stein—by a large margin. The Atlanta Hawks were the next ranked team in the East at No. 9, despite finishing with the league’s second-best record during the 2014-15 season with a 60-22 record.

If Cleveland hopes to unseat Golden State as the NBA’s best team, they will actually have to prove it on the court during the 2015-16 season.

The Cavaliers will receive their first opportunity at defeating the Warriors when they visit Oracle Arena on December 25th.