Report: Tristan Thompson Still Has $80 Million Offer on Table If He Wants It 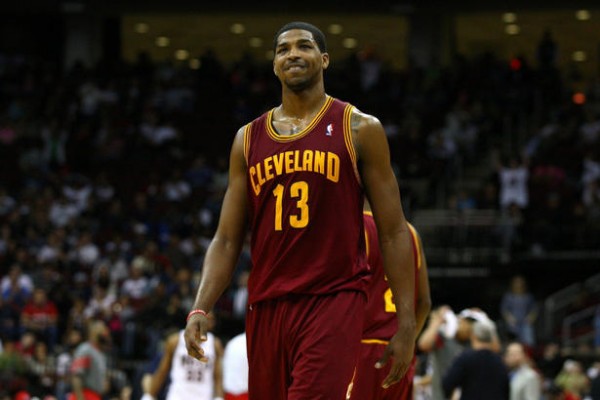 It is well known by now that Tristan Thompson is looking for a max contract before the start of the 2015-16 season.

The Cleveland Cavaliers haven’t offered Thompson a contract quite to that extent, but they have offered him a solid deal for someone that is considered a specialty player. Terry Pluto of The Plain Dealer reports that the 24-year-old power forward still has a five-year deal worth $75-80 million on the table if he wants it.

Pluto states the following in regards to the contract situation involving both sides:

“If he signs, the Cavs will have the 6-foot-10 rebounder and defender in place. But Thompson’s agent, Rich Paul, has indicated his client only sign a one-year qualifying offer. He then becomes an unrestricted free agent in the summer of 2016 when the salary cap will increase by at least 30 percent.”

The max contract that Thompson desires would be worth $94 million over the duration of five years.

The Cavs would put themselves in a deep hole regarding luxury tax penalties if Thompson were to accept a five-year deal in the aforementioned $75-80 million range at the current moment. Such a deal is worth roughly $15 million per season.

While there’s no doubt that the organization and LeBron James want the five-year veteran back for a championship run next season, the franchise might be better off if Thompson simply signs the one-year qualifying offer worth $6.8 million.

Though Thompson’s agent, Rich Paul, claims his client would leave Cleveland next summer if he’s forced to sign the one-year qualifying offer, that thought process could easily change by next summer.