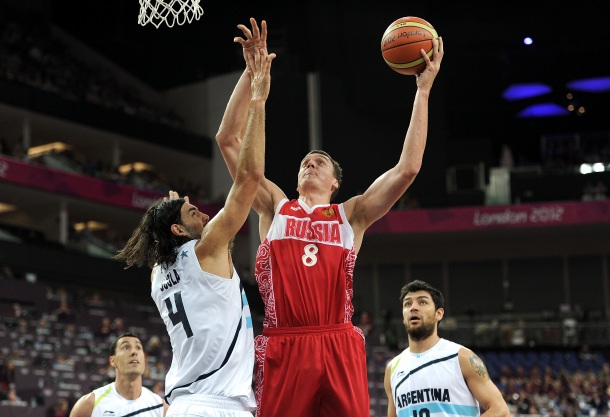 Sasha Kaun appears to be on his way to the Cleveland Cavaliers.

According to Chris Haynes of Cleveland.com, “it’s only a matter of time” before Kaun signs a deal with the Cavaliers. The 7-foot Russian center visited the city of Cleveland early Monday for the purpose of house hunting. He will depart town on Tuesday and is not expected to sign a deal before then, via Haynes:

“Kaun, 30, and the Cavaliers have yet to reach an agreement. However, ‘it’s only a matter of time’ before a deal is struck, according to a person with direct knowledge of the negotiations. The Cavaliers’ main focus is on locking up a longtime pact with restricted free agent Tristan Thompson.”

The Cavaliers have held the rights to Kaun since he was selected with the 56th overall pick by the Seattle Supersonics in the 2008 NBA Draft. His rights were later traded to Cleveland for cash considerations.

At the current moment, the organization’s main focus is re-signing Tristan Thompson. Thompson figures to be a key member of the rotation after starting for the majority of last season’s playoffs. However, both sides aren’t close to agreeing on a deal at the present time.

As of now, it looks almost definitive that Kaun will be joining the Cavaliers for the 2015-16 season. However, it seems Cleveland will wait to sign Kaun after they have settled on deals with Thompson and Smith.