Jerry Colangelo: LeBron Has Guaranteed Spot on 2016 Olympic Roster If He Wants It 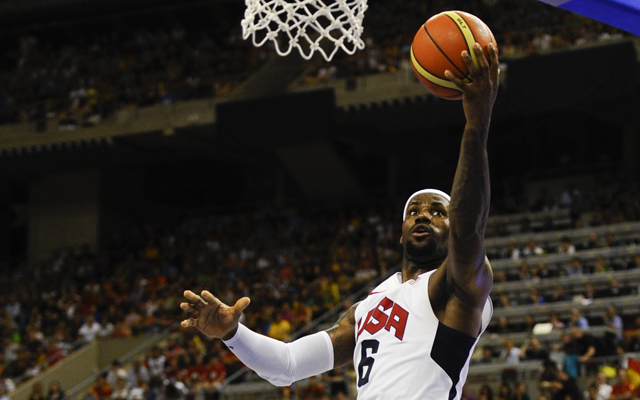 According to USA Basketball managing director Jerry Colangelo, Cleveland Cavaliers superstar forward LeBron James knows that he has a roster spot on the 2016 U.S. Olympic basketball team if he wants it.

Jerry Colangelo says LeBron James has a spot on the 2016 U.S. Olympic basketball team if he wants it. pic.twitter.com/2WhEt9KuEG

After an interview he had on Tuesday with ESPN, Colangelo said he is content with the collective expectation that James is unlikely to make a firm decision about his participation in next summer’s Olympics until after the 2015-16 NBA season.

“He will be in town during the course of this week‎,” said Colangelo on Tuesday afternoon. “He won’t be participating in any practices to the best of my know‎ledge, but … he knows he has a [roster] spot. If he wants to perform — and I believe deep down inside he does — then I would expect that he will be playing for us next summer.”

James, who is widely considered to be the best basketball player in the world, has won two gold medals (2008 in Beijing and 2012 in London) with Team USA.