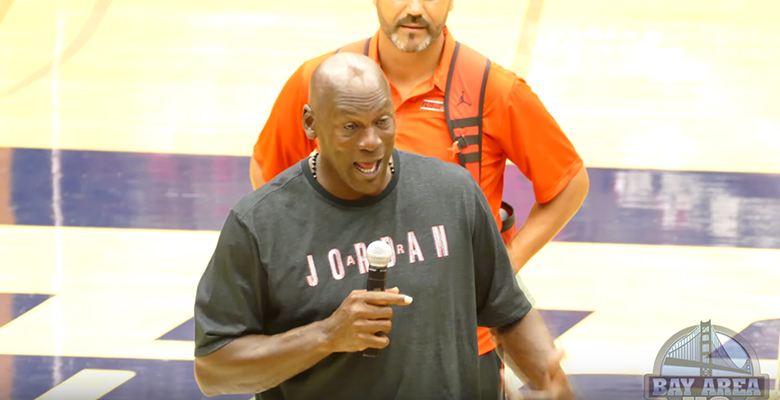 It’s the debate that will never end and for good reason.

Michael Jordan, widely considered to be the best basketball player of all time, spent Saturday at his Michael Jordan Flight School camp answering a number of questions during a question-and-answer session.

The response that will receive the most attention is no doubt the one in which MJ addressed whether or not he could defeat LeBron James in a one-on-one game in his prime.

The question was answered by Jordan in the following format:

Jordan: This is the ESPN question. I know it’s going to be all over ESPN. If I was in my prime, could I beat LeBron in a one-on-one game?

[Long pause in which the campers mutter/shout their opinions.]

Jordan is one of the most accomplished players in NBA history, having won six championships, six Finals MVPs and five MVP awards during a 15-year career spent with the Chicago Bulls and Washington Wizards. MJ retired following the conclusion of the 2002-03 season with the Wizards.

Shortly thereafter, LeBron was selected with the No. 1 overall selection by the Cleveland Cavaliers and became the quickly best player of his generation. Despite being just 30 years of age, James has already won four MVP awards and has made six Finals appearances.

While the question will never be realistically answered, the debate as to who the better player is will rage on long after LBJ has retired. Since Jordan entered the league in 1984, most would agree that MJ and LBJ are two of the best players to grace an NBA court in the past 30 years.

View the full Q&A below: