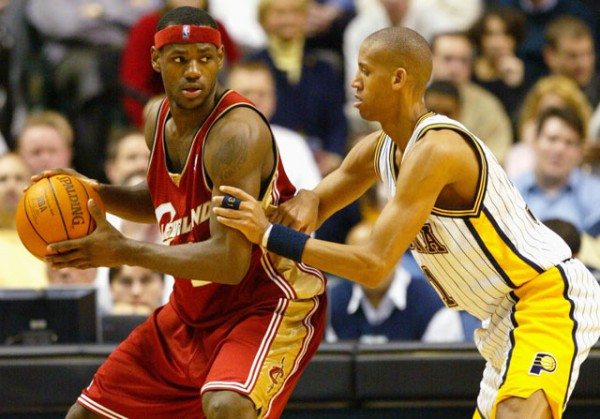 Former Indiana Pacers star Reggie Miller recently made an appearance on the Dan Patrick Show and said that in a hypothetical draft, he would take former Boston Celtics legend Larry Bird over LeBron James.

Miller argued that with today’s rules and the landscape of the current era, Bird would have the advantage.

“I gotta go with Larry Joe (Bird’s middle name is Joe),” Miller said. “In today’s rules, you can’t touch him!”

Although Bird obviously wasn’t the physical presence James is on the court, Bird was able to impact the game in a different manner and would most definitely love today’s speed and pace.

Still, the way James is able to impact the game on both sides of the floor and literally carry the the team on his back whether it be in the NBA Finals or regular season, gives the four-time MVP the nod in our books.