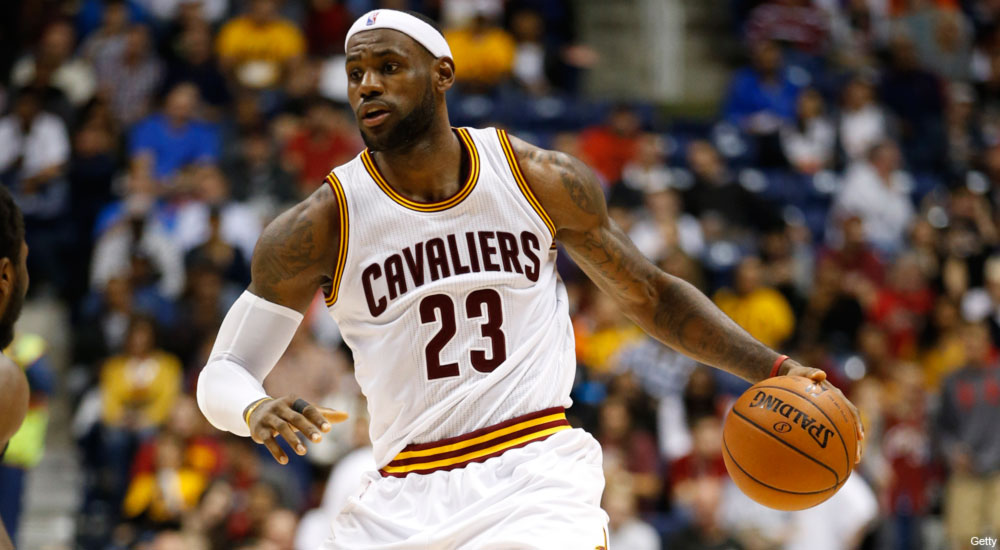 Uncertainty reigns with the Cleveland Cavaliers entering Thursday night’s road contest against the Oklahoma City Thunder, since LeBron James’ status will be a game-time decision due to a sore left knee.

According to the Cleveland Plain Dealer, James didn’t participate in the morning shootaround due to what the team called “general soreness.” The issue resulted in James receiving treatment at the Chesapeake Energy Arena.

The Cavaliers are in the midst of an eight-game winning streak, the latest victory coming on Tuesday night in a 105-101 over the Toronto Raptors. James not only scored a game-high 35 points, but hit a three-pointer in the final minute to give Cleveland the lead for good.

The hard-fought comeback victory may have taken something of a toll on James, who played 42 of the game’s 48 minutes. In his 12th NBA season and eighth overall with the Cavs, James is averaging 24.8 points, 7.7 assists and 5.5 rebounds per game.

During the preseason, Cavaliers head coach David Blatt had indicated that he would rest James in certain games in order not to wear him down for what the team hopes is a long postseason run. However, injuries were not factored into that equation.

Kevin Love said about James’ potential absence, “It’s another opportunity for someone to step up. We know what we lose in LeBron.”

Their opponent for Thursday night is generally considered one of the best teams in the Western Conference its 8-13 record. However, Oklahoma City has won five of its last six, the latest coming Tuesday night with a 114-101 home win over the Milwaukee Bucks.

The Thunder got off to a slow start for the first month of the season due to injuries to their two main players, Kevin Durant and Russell Westbrook.