Don't Miss
Home / Editorials / How Does Richard Jefferson Fit Into The Cavaliers Offense?

How Does Richard Jefferson Fit Into The Cavaliers Offense? 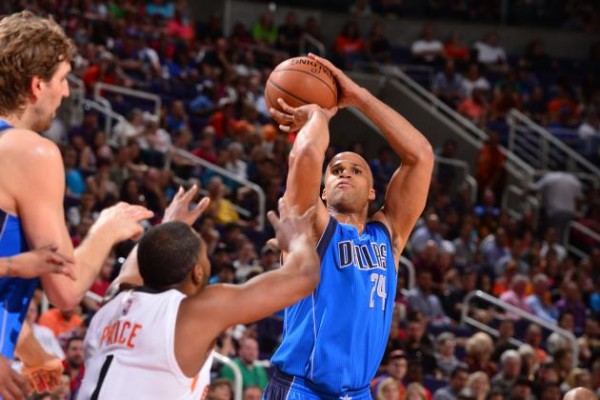 For the second straight year, the Cleveland Cavaliers have looked toward the Lone Star State in search of a veteran who can provide production on the court and offer advice off of it, a combination that will hopefully allow them to take one final step to an NBA championship.

The signing of forward Richard Jefferson has parallels to last year, when the Cavaliers signed longtime veteran Shawn Marion to a one-year contract after playing for the Dallas Mavericks. However, that deal never panned out, since Marion’s midseason injury effectively retired him a few months early.

The expectation is that things will be different with Jefferson, who turned 35 last month, but will be beginning his 15th season in the NBA. After a relatively stable career that began with seven years with the now-Brooklyn Nets, Jefferson has played for four different teams in the past four seasons. Last year with Dallas, the veteran only averaged 16.8 minutes, notching 5.8 points and 2.5 rebounds per contest.

Jefferson will serve as LeBron James’ main backup, arriving with that reserve mentality that saw him come off the bench in 56 of the 74 Mavericks games that he played in last year. Like Marion, he does have NBA Finals experience, having twice been part of trips by the Nets.

If Jefferson’s again able to contribute nearly 17 effective minutes each night, it will allow James to get more of a breather than he was allowed last season. While James showed no signs of slowing down in his MVP-worthy Finals performance, reducing any of the wear-and-tear on him will ultimately have long-term benefits for both the player and franchise.

One positive for Cavs’ head coach David Blatt is that despite having been a starter for the bulk of his career, Jefferson embraced his new role last season. That was an attitude that drew high praise from Dallas head coach Rick Carlisle.

“Richard Jefferson goes hard. When he’s on the floor, you know he’s out there. He’s combative on defense and he’s aggressive on offense. If you leave him open, he makes threes,” said Carlisle. The coach also offered, “I love Jefferson. I love the way he plays. He plays with a lot of force. He plays with as much force as anybody on our team, and that’s why he’s a very valuable guy on our roster.”

That value was sorely lacking for Cleveland during the NBA Finals, when James was forced to become a virtual one-man team due to injuries to key starters Kyrie Irving and Kevin Love, and the offensive woes of J.R. Smith.

Jefferson is versatile enough to be a long-range threat, while also being able to play inside, if needed. Last year, he connected on 42.6 percent of his three-point attempts, scoring in double figures 20 times. On two of the latter occasions, he managed to collect a double-double, the first time coming against the eventual champion Golden State Warriors.

His three-point percentage has remained relatively stable in the latter portion of his career, even in his new role, which bodes well for the upcoming campaign.

That ability to stretch the floor figures to especially work well when Jefferson’s on the court with Tristan Thompson, since the latter’s main game remains being an absolute beast on the boards.

The fact that Blatt will have the offseason to assess new lineup considerations can only work in the Cavaliers’ favor. Blatt drew withering criticism from all corners for essentially having a three-man bench, even before the season-ending injuries to Love and Irving.

One other factor that points toward success is that Jefferson arrives knowing that he only has to provide meaningful minutes for one-third of every game. That’s not a high threshold to reach, and could conceivably be the difference between the ultimate goal and another crushing disappointment.