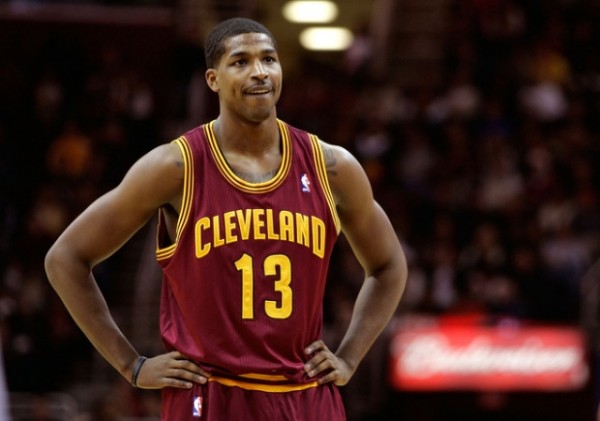 As the days continue to pass in the 2015 free agency period, many Cleveland Cavaliers fans are wondering when Tristan Thompson will commit to the team. ESPN’s Dave McMenamin has reported that the Cavs and Thompson are still far apart, even though some have speculated that the signing of LeBron James could signify a deal being close with the four-year power forward.

Source tells ESPN that there is no Tristan Thompson deal imminent w/ CLE just because of the LeBron agreement: "Not a package"

There are numerous reasons as to why Thompson and James are linked. James has grown close with the younger Thompson, even working out with him while James was still a member of the Miami Heat. The relationship grew stronger after the four-time MVP rejoined the Cavaliers, as evidenced by James proclaiming that Thompson should be a Cavalier for life. This should come as no surprise, as James has had close relationships with other hard-working big men, such as Anderson Varejao and Chris Andersen.

Possibly the most important connection between James and Thompson is NBA agent Rich Paul. A childhood friend of James,’ Paul has become one of the rising stars among NBA agents. The agent owns a growing reputation as a tough negotiator. Looking at some of Paul’s recent negotiations could shed light as to why the Thompson/Cavalier talks seem to be stalling.

Going back a year, the Phoenix Suns were in a very similar situation with Rich Paul. The Suns were attempting to negotiate a deal with restricted free agent point guard Eric Bledsoe, and Paul proved to be a thorn in their side. Phoenix stood hard on a four-year $48 million offer, while Paul and Bledsoe demanded the max $84 million contract. The negotiations carried out through most of the summer until the team extended a five-year, $70 million offer that Bledsoe accepted.

The Thompson negotiations, while not yet contentious, have seemingly hit a stalemate. Paul is not afraid of dragging this out through the summer, and that is precisely what the Cavaliers want to avoid. In an offseason where the Cavs look to build on their NBA Finals appearance, the last thing they desire is a lengthy contract dispute with a key contributor.

An additional aid to Thompson’s negotiations might also be the contract Paul had James sign. Rather than taking a multi-year deal, James seems intent on taking shorter two-year deals with a player option for the second year. This will likely be a trend until the salary cap increases to a point where James can cash in on a potentially record-breaking long-term deal.

While there are obviously huge financial ramifications by the way James extends his contracts, the short-term deals also apply pressure on Cleveland to keep players happy in regards to personnel moves. The 30-year-old veteran knows how difficult it is to win in this league. Without the proper support around him, even a superstar of his magnitude will have difficulty winning on the biggest stage. With shorter deals, James can pose the threat of leaving if the front office does not work to put a strong enough team around him. This can help players such as Thompson as they attempt to gain a lucrative deal from the team.

The good news for Cleveland is that it is still relatively early in free agency. Players are just now officially allowed to sign offer sheets extended to them by interested teams. A deal can be struck at any moment, and all worries over retaining Thompson would be erased.