Isaiah Thomas Puts Troll in His Place on Social Media 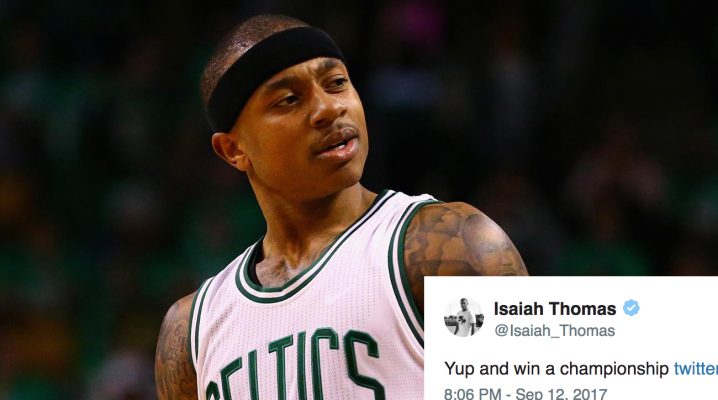 Cleveland Cavaliers point guard Isaiah Thomas clapped back at a Twitter troll on Tuesday after he was criticized for looking forward to appearing in an episode of “Law & Order: Special Victims Unit.” When the troll questioned Thomas’ intentions in Cleveland, he quickly reminded his followers what his primary goal is as one of the newest members of the Cavaliers.

The interaction began when Thomas voiced his excitement about filming his segment in an upcoming “Law & Order” episode on Wednesday.

A Twitter user then questioned Thomas’ intentions with his new team.

So you went to CLE to make tv shows?

Moments later, Thomas responded with an answer all Cavs fans wanted to hear.

Yup and win a championship https://t.co/Z7ND7ub4mx

Now that Thomas is one of the biggest stars on one of the best teams in the NBA, it’s no surprise that trolls are coming out of the woodwork to criticize him. With his reaction, Thomas proved that he’s up to the challenge and has his eye on the only thing that matters: a championship.