Video: Kyrie Irving Explains What He Was Barking at LeBron James in Game 5 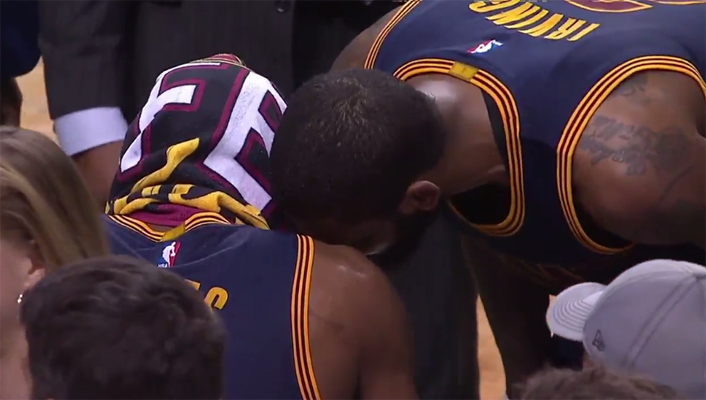 At the end of the third quarter, as the Cleveland Cavaliers were dominating the Boston Celtics and superstar LeBron James had passed Chicago Bulls legend Michael Jordan for the most playoff points in NBA history, point guard Kyrie Irving was seen yelling something at James on the bench.

After the Cavs routed the Celtics, 135-102, to advance to the NBA Finals, Irving revealed what it is he actually said to James in what seemed like a passionate verbal expression.

"I can't wait. I'm excited for that moment and I know we are, too." – @KyrieIrving on facing GSW in the #NBAFinals for the 3rd straight time pic.twitter.com/8R0LPdwQtl

“I told him not to take the moment for granted, passing M.J. in scoring. That’s an iconic moment, what he did for the culture and honestly for the game of basketball. It’s nothing short of legendary and I want him to enjoy it,” Irving said. “He always shows great humility for all his accomplishments, but this one was one he really wanted. And as a team it was our job to bring him up to that and I’m glad he accomplished it and as well as going back to the NBA Finals.”

The Cavs will square off against the Golden State Warriors in a highly anticipated Game 1 on June 1.