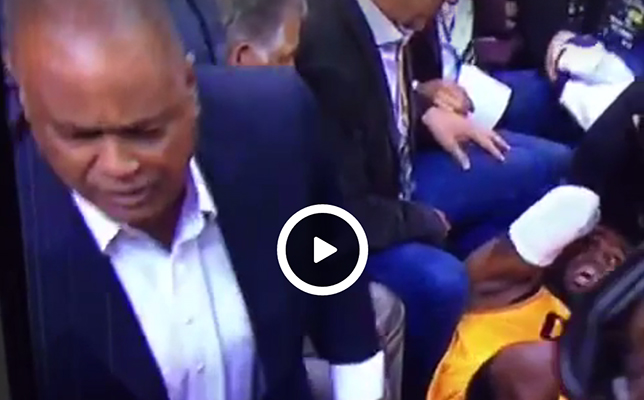 We all saw it, as a matter of fact, the whole city of Cleveland held their collectives breaths as LeBron James went down on Thursday night during Game 4 of the NBA Finals.

James, who was fouled by center Andrew Bogut while in midair, came tumbling down and went head first into an unsuspecting camera man. LeBron’s head came in direct contact with the camera lens, which left a couple of gashes on his head.

That’s when a Nike executive, who is apparently LeBron’s brand manager, Lynn Merritt, had some not-so-kind words for the camera man. Take a listen for yourself.