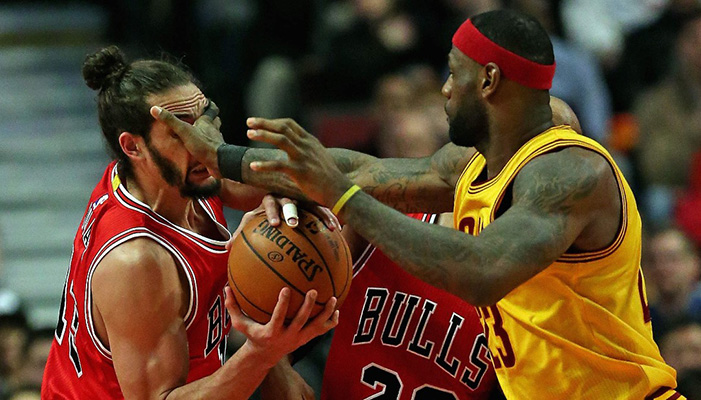 As we are amidst what will probably be the most physical series during the Cleveland Cavaliers’ 2015 playoff run, there is one rivalry in particular that has garnered vast media attention throughout the years. That of course is the ongoing feud between LeBron James and Joakim Noah.

There has been a multitude of notable quotes between the two from James saying, “We don’t like [the Bulls], they don’t like us,” during his Miami Heat days, to Noah saying, “You like it? You think Cleveland’s cool? I never heard anybody say I’m going to Cleveland on vacation. What’s so good about Cleveland?”

As we enter Game 3 on Friday, we give you seven of the craziest altercations between LeBron James and Joakim Noah.

It seems like Joakim likes to do plenty of talking, while the King usually lets his game speak for itself.

Next: Noah with Some Choice Words for LeBron