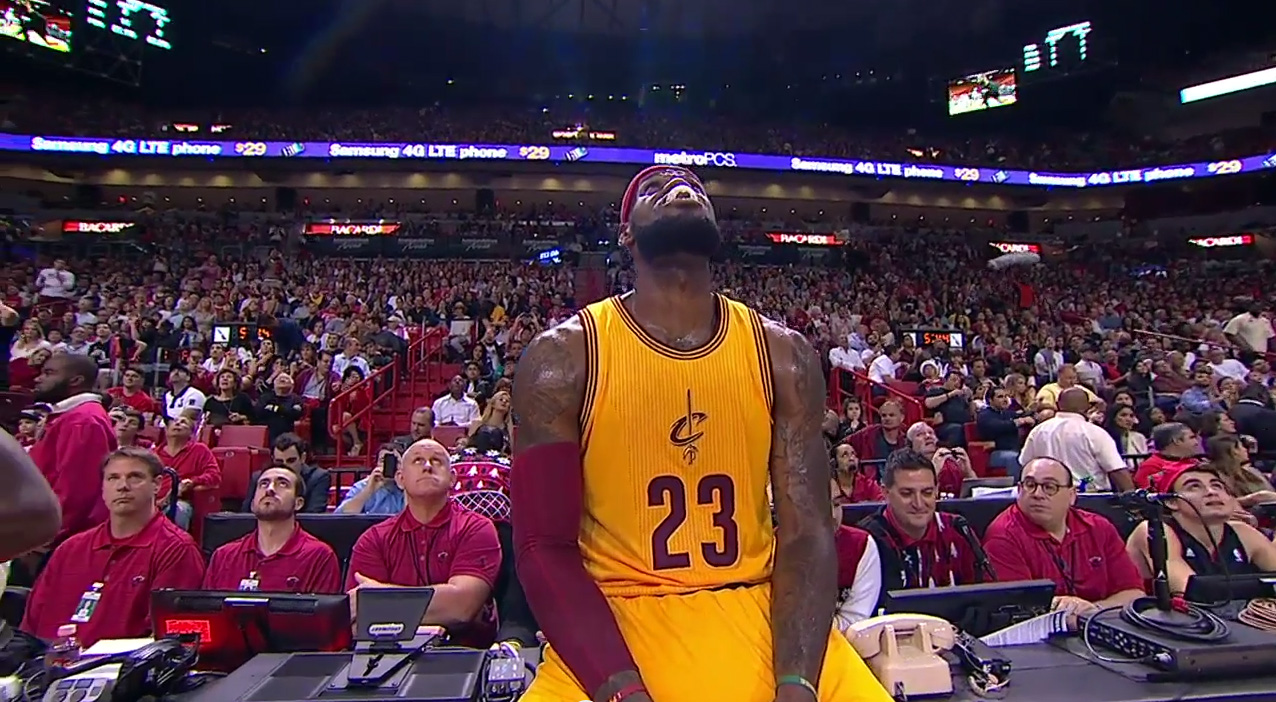 LeBron James‘ reception in his return to Miami was mostly positive as he received loud cheers and a few scattered boos as he was introduced along with the rest of the Cleveland Cavaliers‘ starting five. During the first quarter, a LeBron James tribute video was aired at American Airlines Arena to show the team’s appreciation for what LeBron had done for the Heat through the years. James received a standing ovation from the fans after the video was aired.