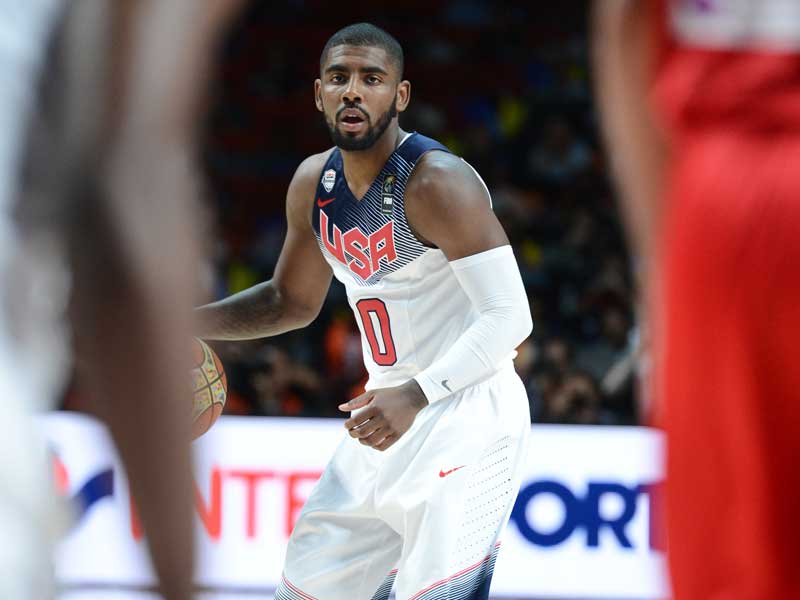 Cleveland Cavaliers point guard Kyrie Irving was named on Sunday as the USA Basketball Male Athlete of the Year.

Selected by USA Basketball’s Board of Directors, Irving was recognized for his play during this year’s FIBA Basketball World Cup that took place in Spain.

Irving said in a statement via the organization, “USA Basketball was the best experience of my life thus far. We were together through it all and we won a gold medal together, so I’m going to remember it for the rest of my life.”

Leading the team to a gold medal with a spotless 9-0 record, Irving started every contest, finishing with an average of 12.1 points, 3.6 assists and 1.9 steals. In six games, he reached double figures in scoring, saving his best performance for last when he tallied 26 points. That output was the most of any player in the tournament.

In addition, Irving established a new benchmark for three-point shooting in the tournament, connecting on 14 of 23 shots for just under 61 percent. Overall, he finished with a 56.3 shooting percentage from the field.

USA Basketball Head Coach Mike Krzyzewski, Irving’s college coach during his one year at Duke, said, “I think Kyrie came of age. He’s a terrific player, but he became a great player during the summer of 2014. I think sometimes to become that great player, you need a stage to do it on, and that stage was the World Cup.”

Irving has been a member of four USA Basketball teams and has yet to be on the losing end of a contest, sporting a 19-0 record. In 2012, he was on the USA Select team that trained against the American Olympic squad that went on to win the gold medal in the London games.

The award was established in 1980 to reward a USA Basketball player who had a significant impact on the success of the team during that year. Two years ago, the winner was LeBron James, while others who have received the nod include Tim Duncan, David Robinson and Michael Jordan.

Entering Sunday’s action, Irving has started all 25 games for the Cavaliers, averaging just under 20 points per contests and dishing out 4.9 assists per game.