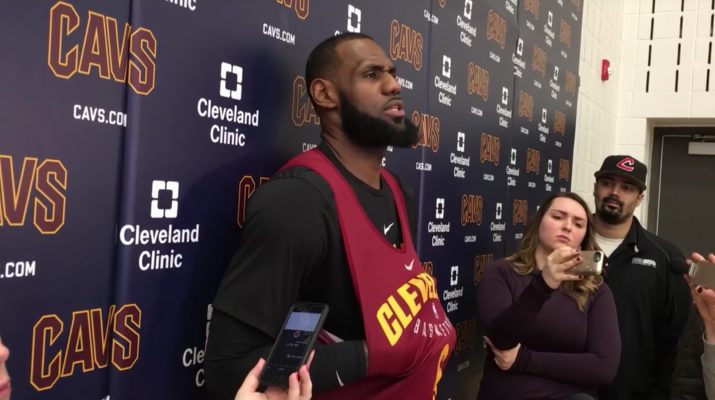 The FBI investigation into corruption throughout college basketball has given athletes an opportunity to speak out against the NCAA in a way many of them never have before.

One player who came forward to discuss the recent revelations was LeBron James, who spoke with members of the press on Tuesday regarding his feelings towards the NCAA.

LeBron: "The NCAA is corrupt, we know that. Sorry, it’s going to make headlines, but it’s corrupt."#Cavs

Though James managed to avoid the NCAA’s regulations by going straight from high school to the NBA, most players in the past — and all players since the induction of the one-and-done rule — have had to deal with the NCAA’s rules.

According to James, there may be no clear way to fix the NCAA as it currently exists.

James even commented on the often used argument that the free education student athletes receive is payment enough for their work as athletes.

He even had some thoughts on how the NBA can help young athletes who do not want to fall under the control of the NCAA going forward.

“The farm league, like in baseball, or you look at pros overseas. Some of those guys get signed at 14,” he said. “They get put into this farm system where they are able to grow and be around professionals for three or four years, and when they’re ready they hit the national team, or when they’re ready they become a pro. I think us, we have to figure that out, how we can do that.”

James is, in a number of ways, not only the face of the NBA, but the face of the entire sport of basketball. While he may be entering the final stages of his prime, he will likely be in the NBA for many more years, and part of the basketball business for many years after that. Because of that, it is fascinating to hear how he feels about the current state of basketball, and what he hopes to see in the future.

It’s unclear what will happen to the NCAA, the individuals implicated in the FBI investigation, and how it will impact the world of basketball. It is abundantly clear, however, that James believes changes must be made.