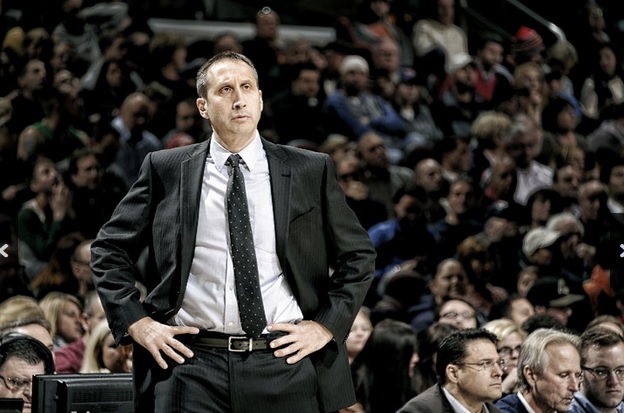 With the Cleveland Cavaliers still trying to find the right piece at the shooting guard slot, team head coach David Blatt is considering using veteran Mike Miller in that role.

During practice yesterday, Blatt wasn’t necessarily concerned about who was starting for the team saying,

“It’s not always who’s starting the game. It’s about the combinations on the floor that are working and the way they’re playing together.”

Dion Waiters began the season in the shooting guard role, but after just three games, was replaced by veteran Shawn Marion. While Marion has provided solid play over the past three weeks, especially on the defensive side of the ball, his age (36) limits his playing time and takes him away from the role he was brought in for: to be LeBron James’ backup.

With the knee injury of Matthew Dellavedova expected to keep him out of the lineup another month, that leaves Miller as the next option. However, Miller has struggled to develop a rhythm with the Cavaliers, seeing no action in Monday night’s rout of the Orlando Magic.

One final option may be newcomer Joe Harris, who has shown ability from long-range so far this season. However, if that were to happen and turned out to be a failure, Cleveland would have no other option except to go back to the drawing board once again.

The Cavaliers, who host the Washington Wizards tonight, have struggled during the early part of this season and currently stand at 6-7 on the year. That mark is a far cry from the preseason chatter about championships, and stems primarily from the problem Blatt has had finding the best on-court lineup during the course of a game.