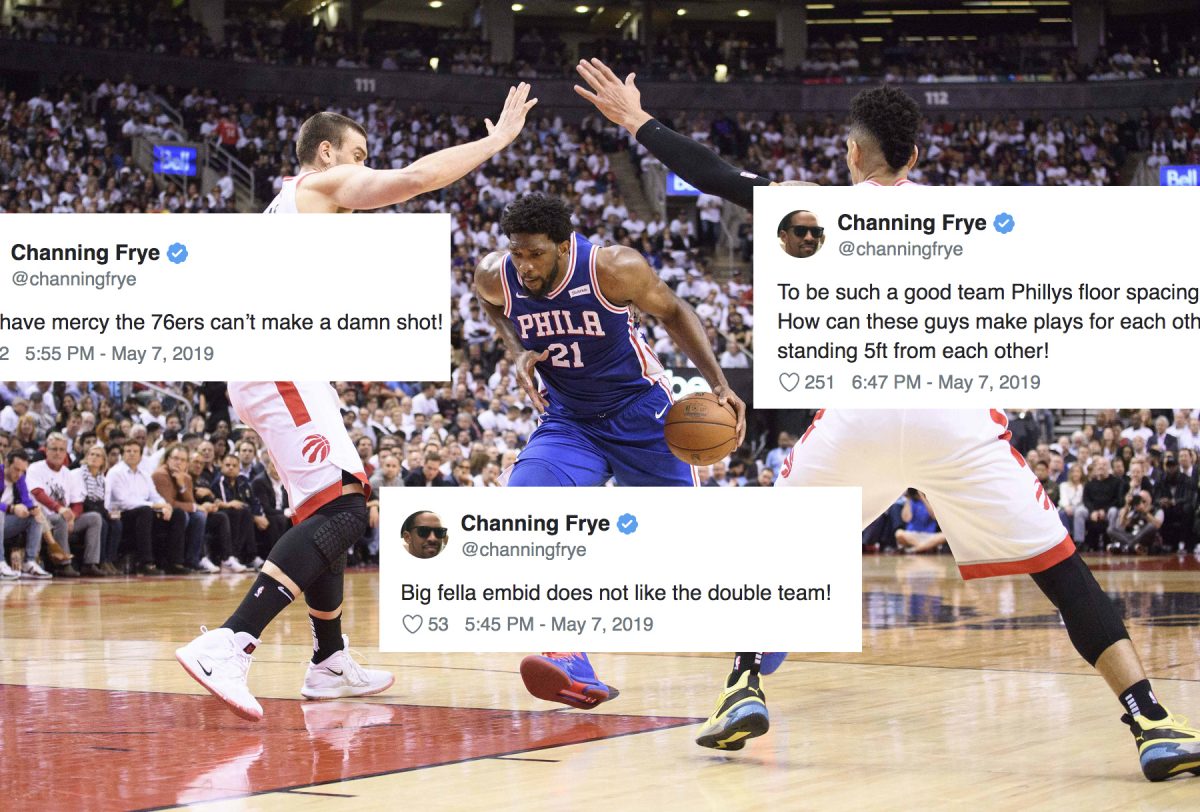 As a newly retired NBA player, former Cavs big man Channing Frye hasn’t lost his love of the game and is keeping up with the current playoff battles taking place.

Following the Toronto Raptors’ 125-89 blowout win over the Philadelphia 76ers on Tuesday night, Frye took to social media and delivered a trio of blistering tweets that criticized various aspects of the Sixers’ performance.

Big fella embid does not like the double team!

Lord have mercy the 76ers can’t make a damn shot!

To be such a good team Phillys floor spacing is absolutely trash! How can these guys make plays for each other when they are standing 5ft from each other!

Those spacing issues that Frye noted became clearly evident during the second and fourth quarters. In the second period, the Raptors blew the game open by outscoring the 76ers, 37 to 17, to take a 64-43 lead into intermission.

After the Raptors added another point to their lead to enter the final stanza, they finished off the game by outscoring their opponents, 33-19.

The Raptors’ victory gave them a 3-2 lead in the best-of-seven series that moves back to Philadelphia on Thursday night for Game 6. Anything resembling a repeat performance for the Sixers then will not only send them into the offseason, but also be fodder for the loquacious Frye to deliver some additional social media jabs in their direction.