Don't Miss
Home / Rumors / Report: Cavs to Use No. 5 Draft Pick as Trade Bait This Offseason

Report: Cavs to Use No. 5 Draft Pick as Trade Bait This Offseason 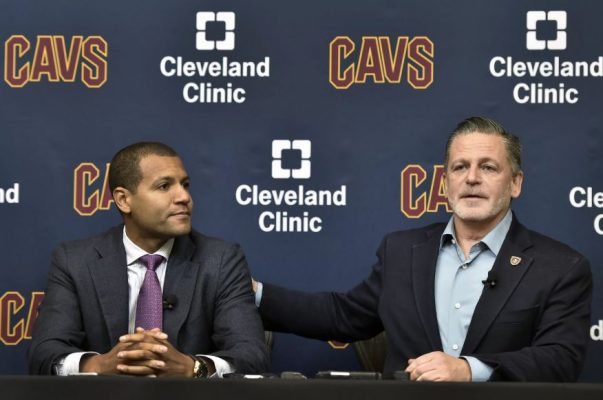 The Cleveland Cavaliers own the No. 5 pick in the 2020 NBA Draft.

According to Chris Fedor of Cleveland.com, the Cavs will use the attractive pick as trade bait to enhance their roster.

“The Cavs will be active this offseason,” Fedor wrote. “They will explore trade opportunities, using the No. 5 pick as bait. Sources say owner Dan Gilbert will allow the front office to take on future salary — if the move makes sense and the piece coming back significantly improves their chances either in the short or long term. But activity doesn’t always lead to action.”

The Cavaliers finished the 2019-20 season with a 19-46 record for last place in the Eastern Conference.

Still, players and coaches believe they have a strong chance to make the playoffs next year. As a matter of fact, Gilbert desperately wants the Cavs to be a playoff threat as well.

Although the Cavs had a terrible record, they showed signs of improvement and success before the novel coronavirus shut down their season in March.

Furthermore, the Cavs have a bevy of youngsters. Rising star Collin Sexton collected 30.0 points, 4.6 assists and 1.6 steals per contest in March.

The Cavs can certainly use their draft pick to bolster the roster and expedite a path to the playoffs.