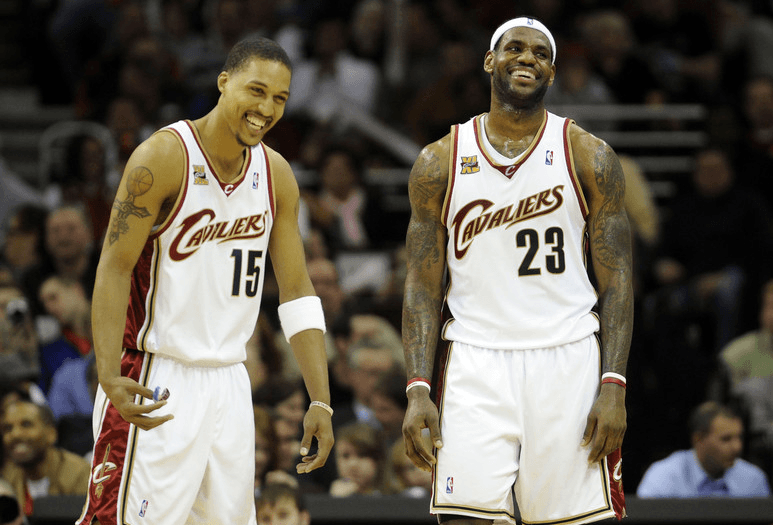 The stunning departure of LeBron James from the Cleveland Cavaliers in 2010 brought a range of emotions, with James’ former Cavaliers teammate, Jamario Moon, comparing the decision’s aftermath to a funeral.

Moon spoke with Brandon Robinson on Scoop B Radio and — after invoking the funeral analogy — indicated that Cavaliers fans were seemingly under the impression that James was going to re-sign with the Cavs.

“It was like one long funeral bro,” Moon told Robinson. “It was like just everything – I’m serious bruh, it was like the air just got sucked out of everybody like, ‘Man, I can’t believe this.’ But I think the fans…they were hurt. Like they were, like, LeBron was married to them and he cheated on them or something.”

When James announced his move on national television, those Cavaliers fans unleashed a torrent of visceral anger toward James, burning his jersey and expressing their anger to media covering the event.

Fans weren’t the only ones to unload on James, with Cavs owner Dan Gilbert offering an infamous letter that attacked James’ character and ability to win a championship.

Five months later, James returned to play in Cleveland for the first time since the decision and heard plenty of boos. However, he and his Miami Heat teammates ended up with a victory that night.

In 2014, all that anger disappeared when James announced that he was returning to the Cavaliers, with the 2016 NBA title he helped the Cavs win forever cementing him as a Cleveland icon.

“Man, I’m so happy that man came back and got that championship for them fans,” Moon told Robinson. “Because those fans in Cleveland were loyal boy. … They deserve it.”

Winning that 2016 championship helped fans ease the pain of a less controversial departure by James in 2018. With James now seeking to win his first title as a member of the Los Angeles Lakers, some of those fans will likely be rooting for James to achieve that goal.