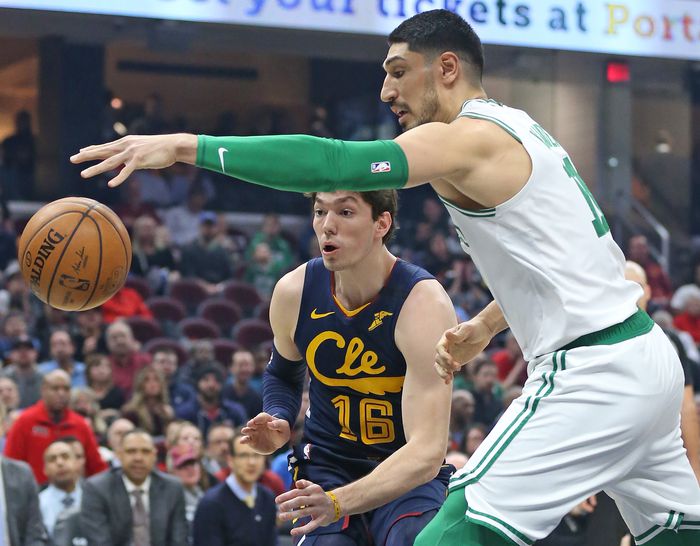 Boston Celtics big man Enes Kanter has been an outspoken critic of the president of Turkey, Recep Tayyip Erdogan.

As a result, Kanter has seen other Turkish players in the NBA give him the cold shoulder. That apparently includes Cleveland Cavaliers youngster Cedi Osman.

Kanter spoke about how Osman and the other Turkish NBA players have refused to acknowledge him on the court in the past when he appeared on Bill Simmons’ podcast.

“What hurts me the most is other Turkish players in the league,” he said. “We have Ersan Ilyasova. We have Cedi Osman in Cleveland. We have Furkan Korkmaz in [Philadelphia]. Whenever we go against them, they don’t say a word. I actually try to talk to them. Like, ‘Hey dude, what’s up? How you doing?’ No answer.”

Kanter went on to say that he believes the reason for the behavior is because his fellow Turkish players fear what the Turkish government may do if it sees other players speaking with him. He’s tried to overcome this issue, but hasn’t yet gotten a response from his fellow countrymen.

“I actually cover my mouth with the jersey and just try to talk to them,” he said. “They turn their face the other way.”

It is a sad story indeed and goes to show how far people will go when they fear those in power.

Hopefully, there comes a day in the future when all Turkish players can celebrate one another without having any fear of potential political retribution.