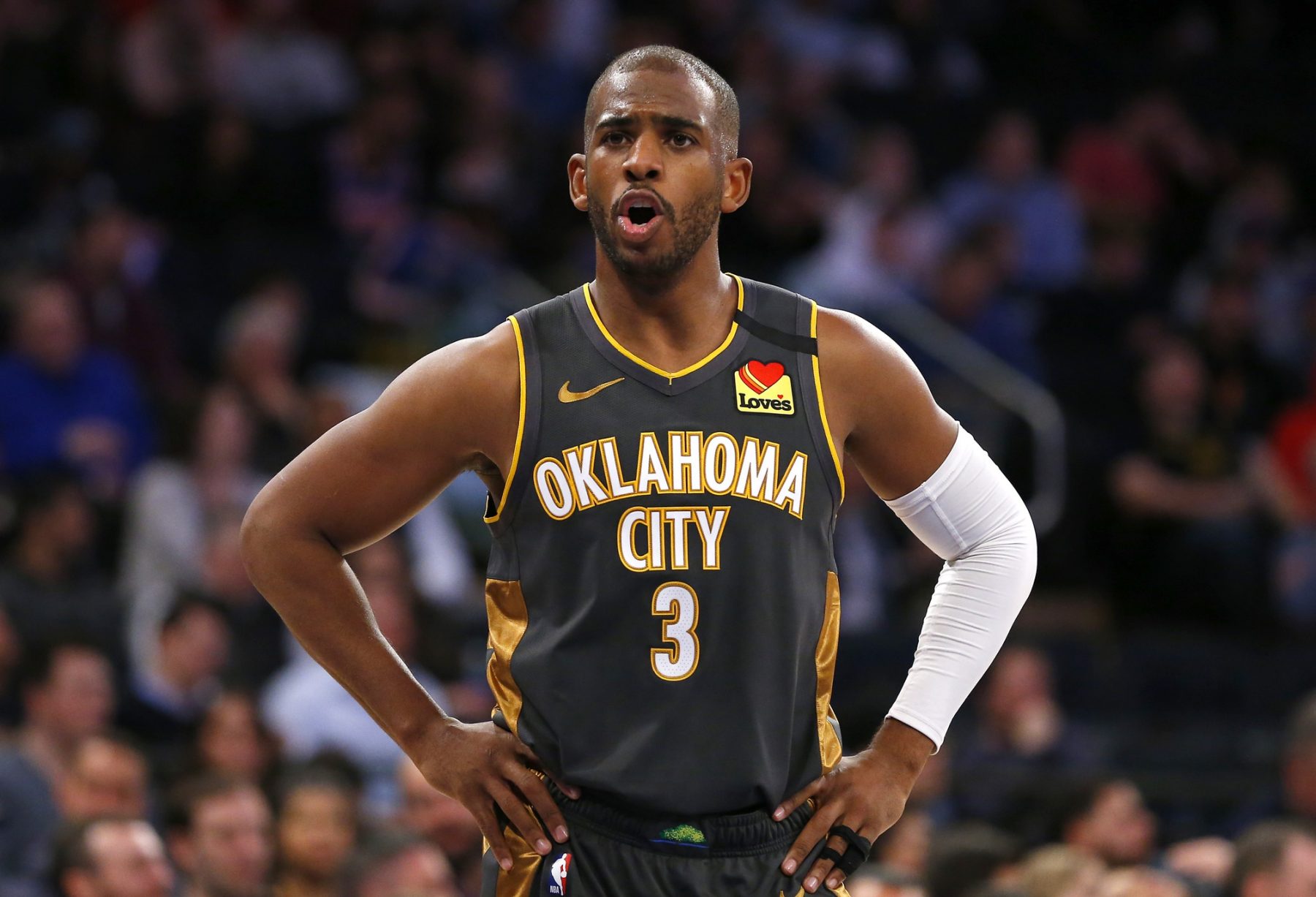 The Cleveland Cavaliers are undergoing a strict rebuild.

However, Grant Hughes of Bleacher Report offered a wild trade offer that could net the Cavs All-Star Chris Paul from the Oklahoma City Thunder in order to expedite winning in Cleveland:

Paul, 35, is one of the best point guards in NBA history.

The 6-foot-1 pro has career averages of 18.5 points, 9.5 assists and 4.5 rebounds per contest. He has led the league in assists and steals per game multiple times over the course of his career.

The stalwart’s passionate drive and competitive spirit have earned him tons of success in the league.

When the Thunder acquired Paul from the Houston Rockets last offseason, they were expected to be a lottery team. After all, the Thunder lost All-Stars Paul George and Russell Westbrook during the same summer.

Yet, Paul flipped the script. Due to the veteran’s production and leadership, the Thunder hold the No. 5 spot in the Western Conference.

If the hypothetical trade were to be executed, the Cavs would have a star trio of Paul, Kevin Love and Andre Drummond. While the team would likely make the playoffs, it wouldn’t be a championship contender.

As a result, it’s hard to believe that the Cavs would dump the majority of their burgeoning youth base to acquire an aging star.