Don't Miss
Home / Videos / Video: Stephen Jackson Says Kyrie Irving Has Been Crying and ‘Calling Me Damn Near Every Day’

Video: Stephen Jackson Says Kyrie Irving Has Been Crying and ‘Calling Me Damn Near Every Day’ 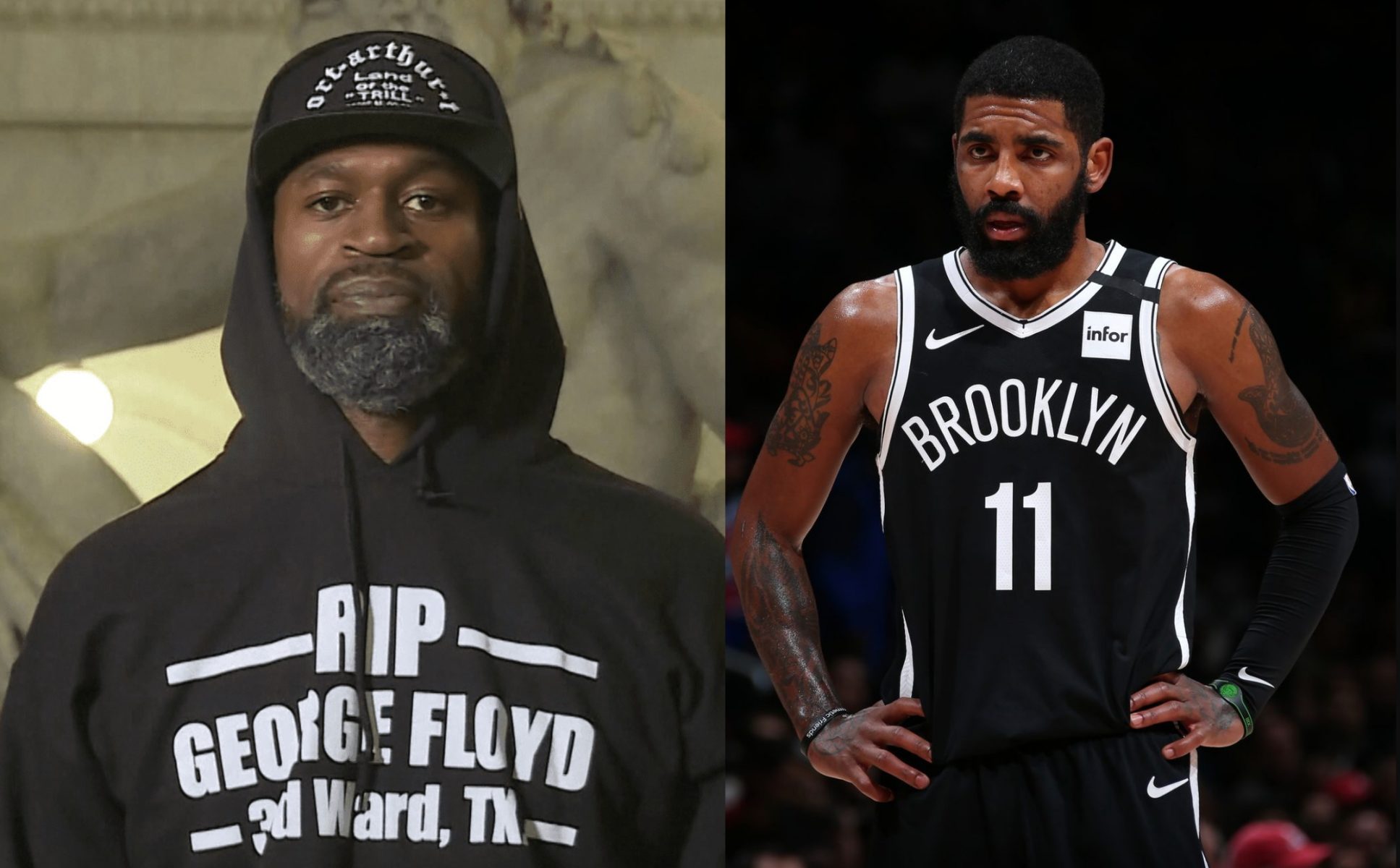 Former Cleveland Cavaliers star Kyrie Irving may be a polarizing figure, but his genuine side has been coming out lately, according to former NBA star Stephen Jackson.

Jackson recently told former NBA player Matt Barnes on Instagram Live that Irving has been calling him nearly every day and pouring out his emotions.

“He called me crying, because he literally knows I’m putting everything on the line.” pic.twitter.com/vpX93qDqom

“The first press conference I had, he been calling me damn near every day on FaceTime,” Jackson said about Irving. “He’s been passionate about this, and by the conversation he had, I just think he understands this moment. He’s just like me. I don’t have all the answers, and he’s speaking off heart. He’s speaking off passion because I ain’t said this on no interview. He been calling me crying because he literally knows that I’m putting everything on the line.”

Jackson, who had a successful 14-year NBA career, was a friend of George Floyd, an African-American man who was murdered by a Minneapolis police officer late last month.

The murder has sparked countless protests across the nation, as well as a groundswell movement to reform police departments and undo centuries of systemic racism.

For that reason, Irving and a few other players are leaning towards not returning to play when the NBA season resumes on July 30.

Their argument is that resuming play will divert attention away from the fight for social justice, a sentiment that Jackson agrees with.

However, Irving’s former teammate LeBron James, who has been vocal with his activism on this same issue, is very eager to return to the hardwood.