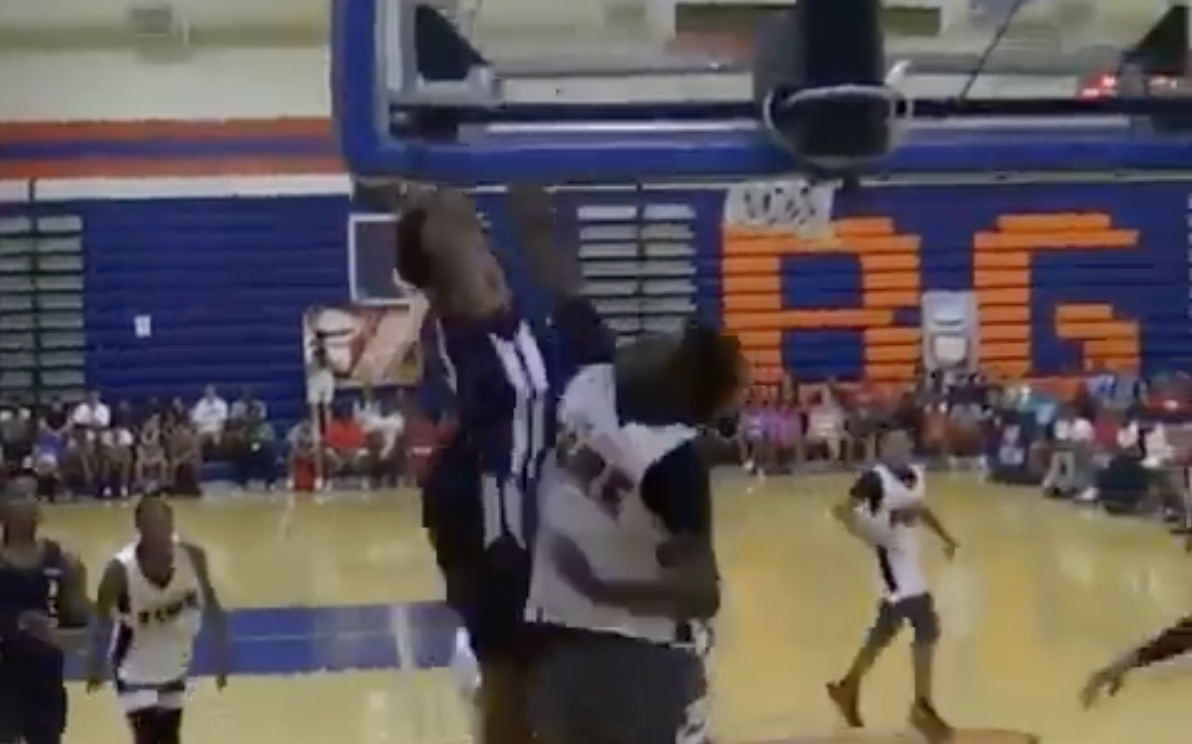 LeBron James knows what it’s like to posterize another player. His son, LeBron James Jr., followed after his father’s footsteps recently when he slammed the ball hard in another high school player’s face.

?Getting closer and closer ladies and gentlemen? Be aware, be very aware!! Just hope it’s not you on the other end of a poster. Coming to a city near you. ? ??? #JamesGang? #ThekidfromAKRON?? @bronny #repost @slam_hs

The elder James posted the video to his Instagram. His son’s vicious dunk sent the crowd into a frenzy and left everyone stunned at the ferocity of the play.

If NBA on TNT commentator Kevin Harlan had been around to call the play, he would have certainly said, “LeBron James Jr. with no regard for human life!”

The move to get to the basket and subsequent dunk on the opponent were reminiscent of the former Cleveland Cavaliers forward’s in-your-face dunk against the Boston Celtics’ Kevin Garnett in the 2008 NBA Playoffs.

To this day, James’ dunk on Garnett is remembered as one of the finest moments in Cavaliers history and one of the most celebrated moments of his young career at the time.

James Jr.’s basketball career appears to be following the same trajectory as his father’s. If he keeps this up, he could extend his father’s legacy in the NBA by taking over the league when LeBron James finally retires.