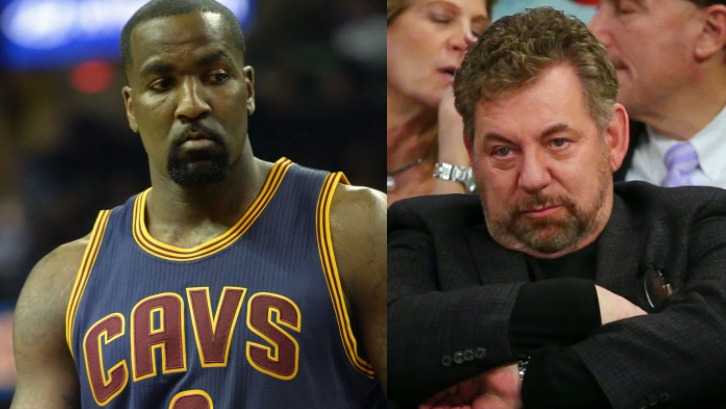 Former Cleveland Cavaliers big man Kendrick Perkins lambasted New York Knicks owner James Dolan for not releasing a public statement on the injustices that are swirling through the United States.

The most Valuable NBA team had a chance to speak on Civil Rights and everything that’s going on in America and decided not to use their Platform to address it…so I decided to address them like the Numbers on a house. I know it’s Blackout Tuesday but I couldn’t wait until tomorrow to share this! #NoJusticeNoPeace

A post shared by Kendrick Perkins (@therealkendrickperkins) on Jun 2, 2020 at 3:26pm PDT

“Nothing surprises me no more when it comes down to James ‘cupcake’ Dolan,” Perkins said. “And if you want to be nice about it and call him James L. Dolan, make sure the L stands for lost because he’s lost. Now he deals the most valuable franchise in the NBA. Had a choice to speak out on civil rights and they dropped the ball again.”

Perkins, 35, had no problem slamming Dolan on national television for his lack of social awareness.

After all, every team in the NBA except for the Knicks and San Antonio Spurs has released public statements condemning the police killing of George Floyd.

While the Spurs did not drop a statement as an organization, head coach Gregg Popovich strongly criticized President Donald Trump and denounced the awful death of Floyd.

Protest and riots have broken out all over the country. They are aiming to end racism and police brutality in the United States and bring justice for Floyd and the many others who have died at the hands of police.

The majority of the NBA seems to be on the same page with the exception of the Knicks.