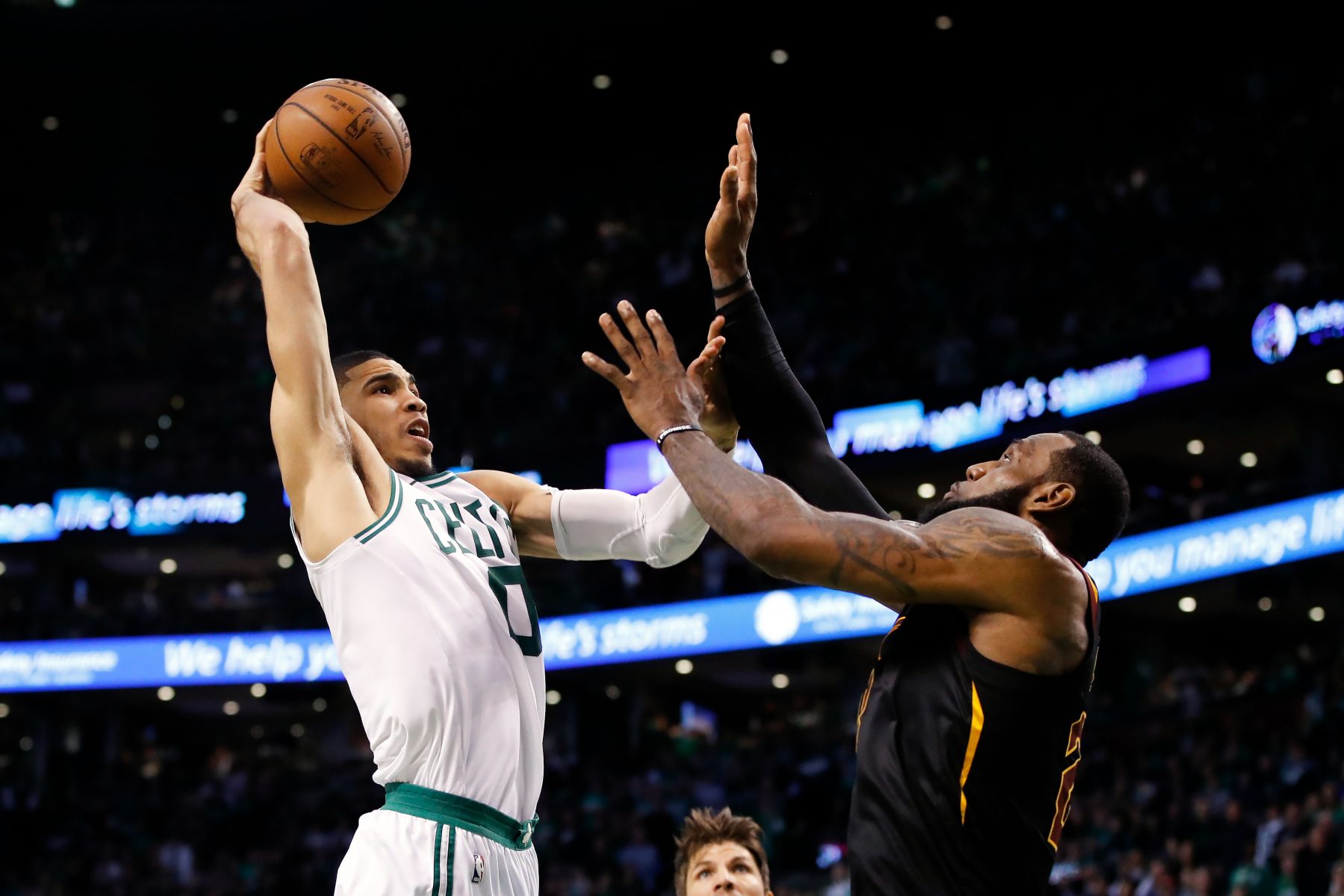 In an interview with Matt Barnes and Stephen Jackson on the “All the Smoke” podcast, Tatum revealed he watches his epic slam over James every day.

“No lie, to this day, people either tag me on it on Instagram or Twitter like I see the dunk every day since this game,” Tatum said. “Listen, I got a poster of it upstairs in my hallway. My mom got a poster of it. My pops got one in his house.”

The famous dunk took place during Game 7 of the 2018 Eastern Conference Finals.

The then-rookie shocked the world by appearing to take over in the fourth quarter of the pivotal contest.

Following the thunderous hammer over James, the forward drained a 3-pointer on the next play to give the Celtics the lead midway through the final period.

Yet, while Tatum had his moment, James ended up having the final laugh.

The four-time MVP absolutely took over to save the Cavs’ season. He put up 35 points, 15 boards, nine assists and two blocks in all 48 minutes of action during Game 7 of the 2018 Eastern Conference Finals.

In addition, the entertaining game marked James’ final victory in a Cavs uniform.

Although the Cavs went to the 2018 NBA Finals, they got swept by the star-studded Golden State Warriors. Despite James’ herculean effort, the Warriors simply overpowered the Cavs.