Report: Michael Jordan Would Plead to Reporter to Defend LeBron James Early in His Career 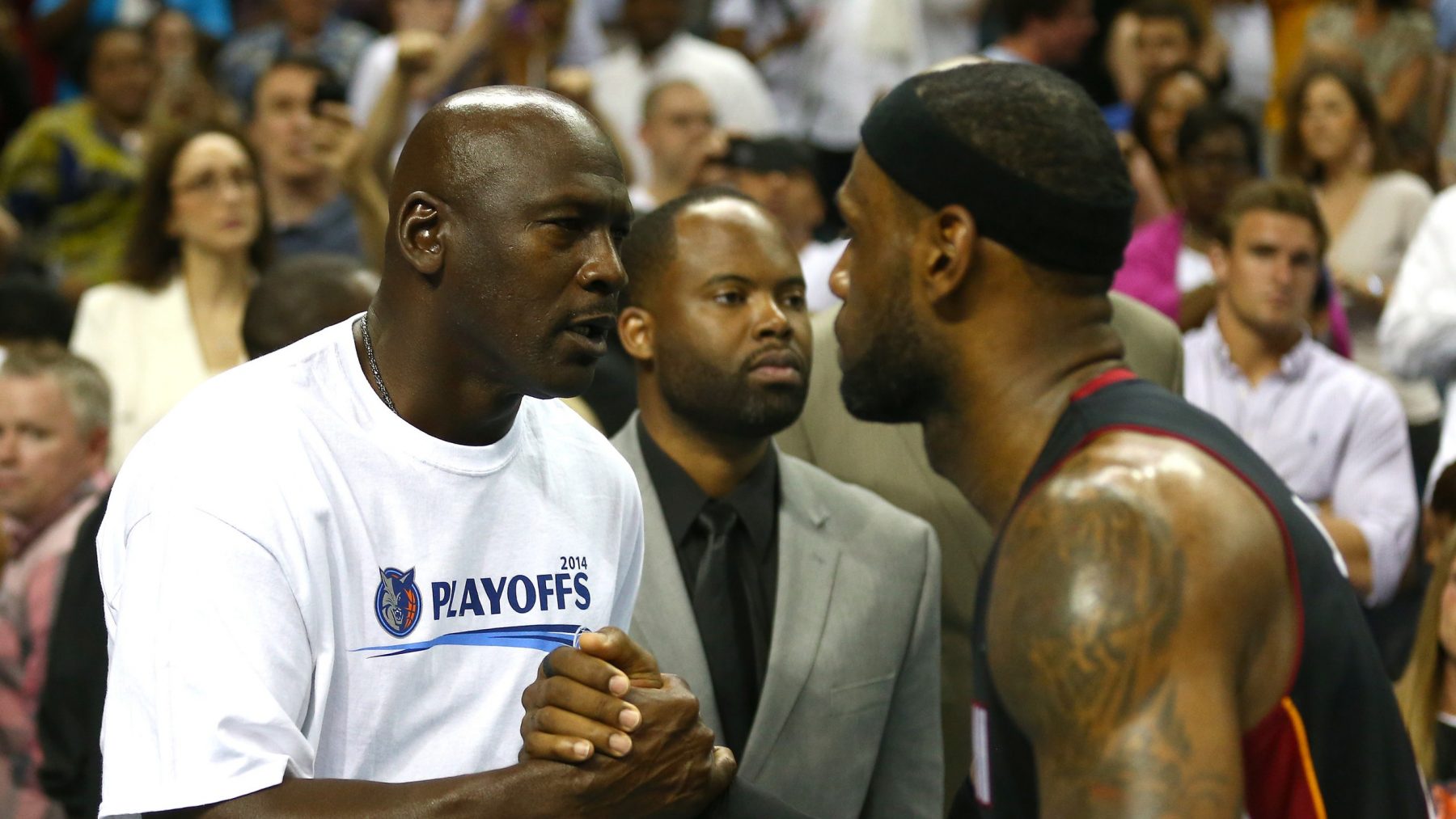 A major insight has materialized in the hot debate of who the greatest basketball player of all time is between LeBron James and Michael Jordan.

In an interview on the “Rich Eismen Show,” ESPN personality Michael Wilbon revealed that Jordan called him in the past to defend James.

“This is an off-the-record thing which he would probably frown on me for telling, but I’m going to tell it,” Wilbon shared. “There were times earlier in LeBron’s career, and sort of sprinkled throughout, where people got critical of LeBron. Whether it was ‘The Decision,’ or whether it was a play, passing off to Donyell Marshall, whatever. People think Michael Jordan resents LeBron. To me, there’s evidence to the contrary, in that there’d be a phone call.

Wilbon, who extensively covered Jordan during his illustrious career, has a strong relationship with the six-time champion. In fact, he is featured multiple times in “The Last Dance,” a documentary series which chronicles Jordan’s final season with the Chicago Bulls.

However, the popular program has inexorably divided James and Jordan.

James, 35, came into the NBA straight out of high school. Despite not having a strong supporting cast during his early career, people expected the youngster to bring the Cleveland Cavaliers quick success.

In 2007, the then-22-year-old led an extremely unbalanced Cavs squad to the NBA Finals. James heroically stomped the Detroit Pistons in the 2007 Eastern Conference Finals, headlined by a Game 5 performance in which he put up 48 points, nine rebounds and seven assists.

While the Cavaliers got swept by the legendary San Antonio Spurs in the 2007 NBA Finals, the world learned what James was capable of.

Since then, the transcendent talent has been the face of the league. Over the course of his 17-year career, James has been to nine NBA Finals, won three championships and earned four MVP awards. In addition, he is third on the all-time scoring list.